A pitch-black beak, head and tail, a black and grey chest, and scarlet feathers that look like the lining of a coat make the name “Dracula” incredibly fitting for this parrot! Pesquet’s parrot is a very bright bird with extraordinary coloring that makes it stand out from the other parrots and look like a real rebel.

Here at The Elite Indian, we fell in love with this goth from the parrot world and we hope you’ll appreciate its extraordinary beauty too. 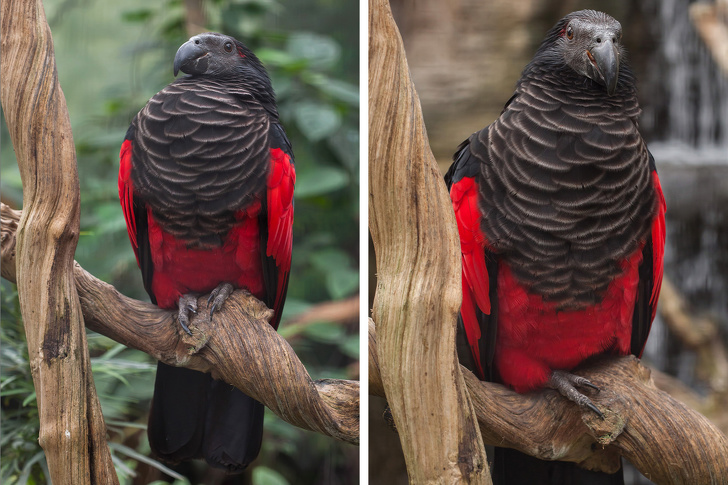 Pesquet’s parrot lives in the mountains of New Guinea. Its rather unusual coloring gave the parrot its second name, Dracula parrot. Male and female parrots look pretty much the same, except for one little detail: female parrots don’t have that small red spot behind their ears. Dracula parrots are large and reach 18 inches from their beaks to the end of their tails. Their half-bald heads make them look even scarier and attractive at the same time. 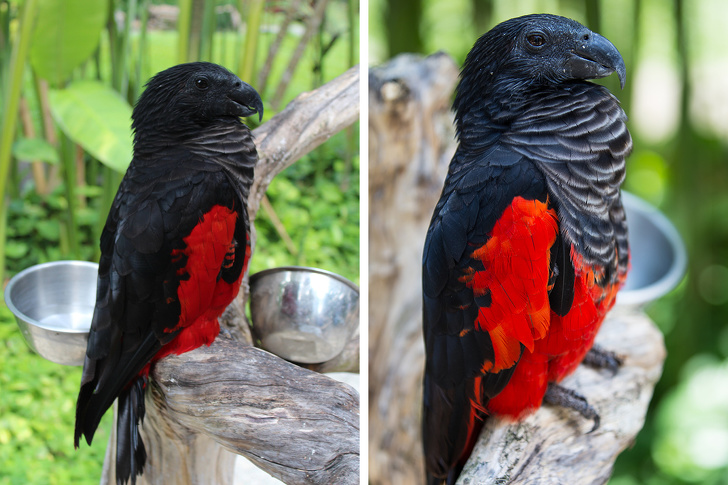 Apart from their unique appearance, these parrots produce quite peculiar noises that are often described as rasping and growling. Sadly, because of their bright coloring, Pesquet’s parrots have become a target for poachers and their population is decreasing. We hope that raising awareness of this problem will help to keep this bird and other animal species alive and safe.

Meanwhile, let’s enjoy a bunch of bright photos showing the Dracula parrots in all their glory. 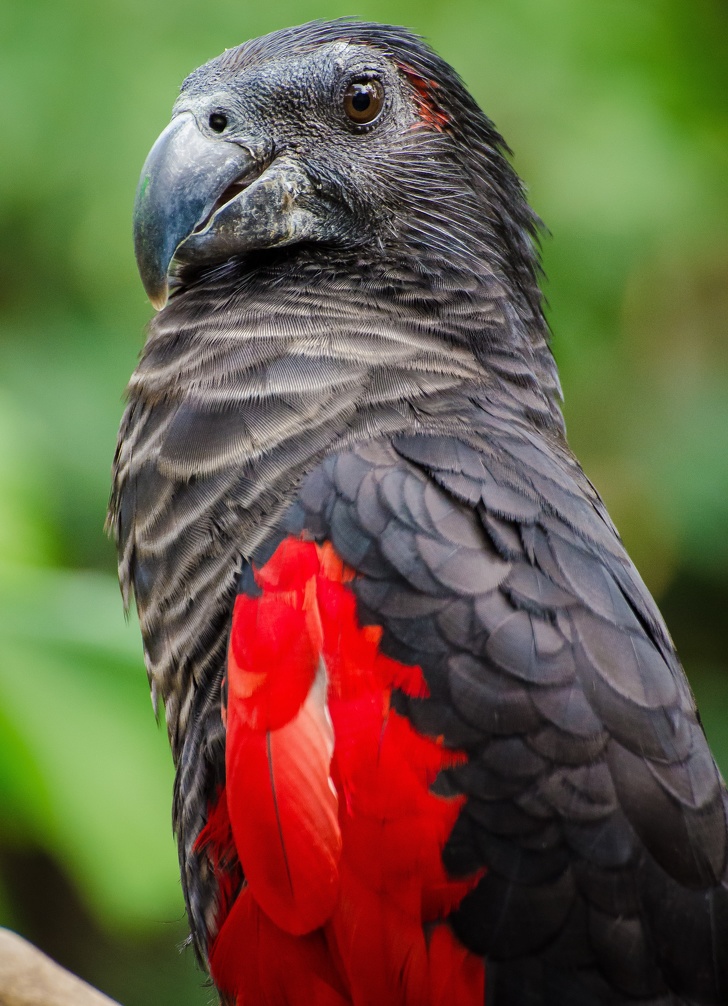 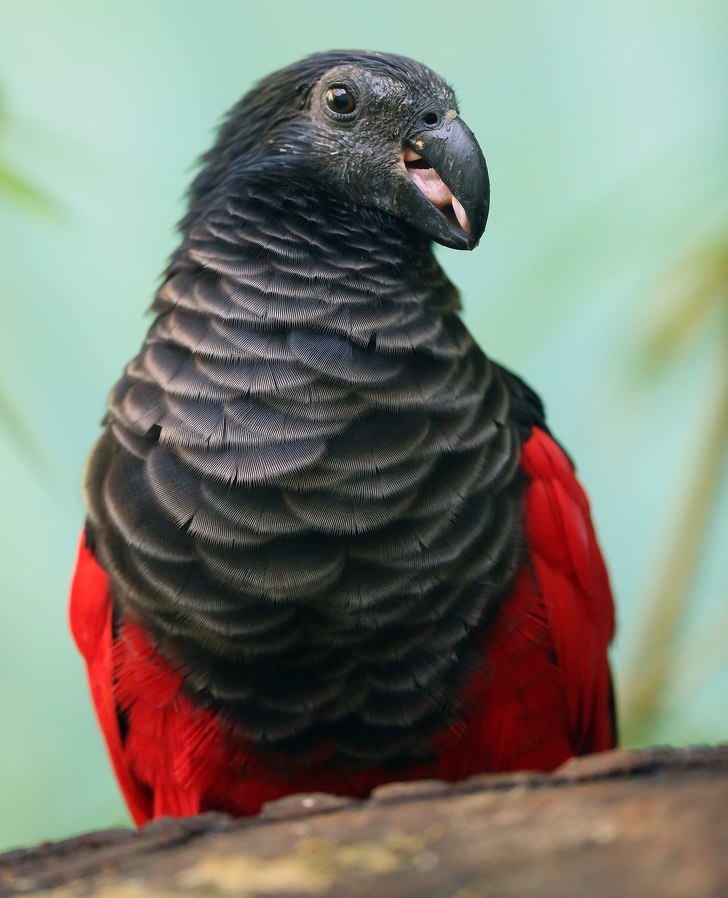 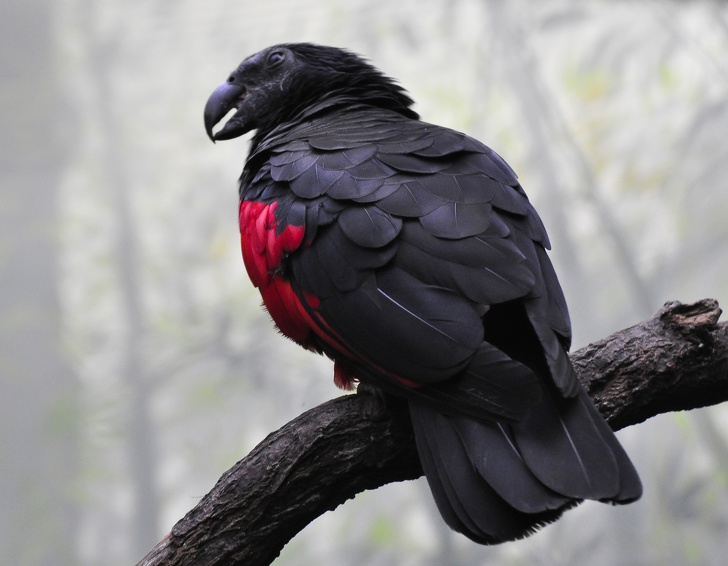 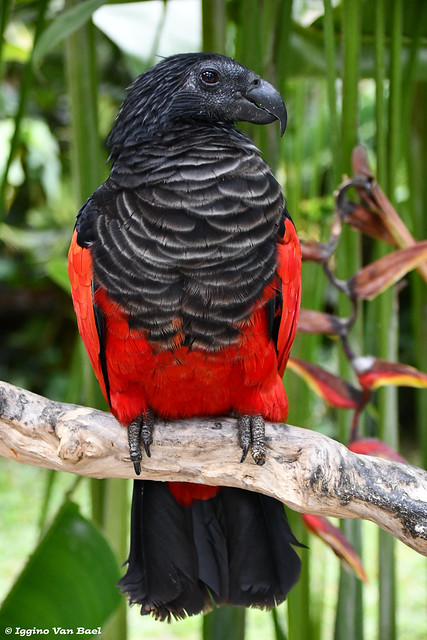 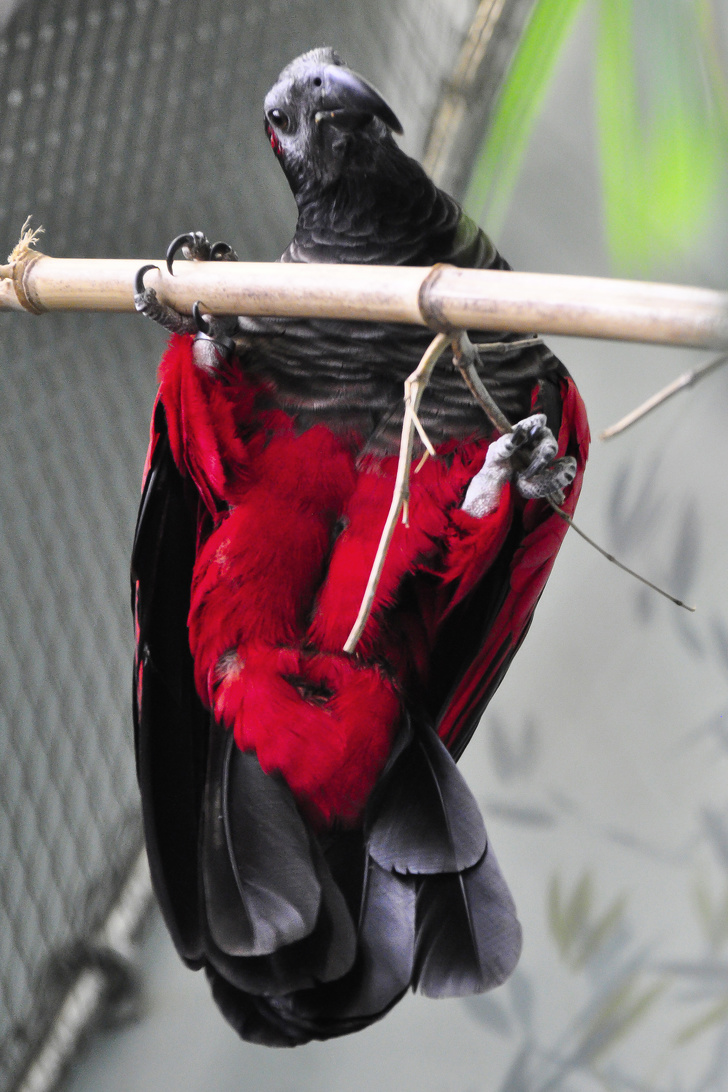 What’s the most unusual bird you’ve ever seen? Do you have a picture to show us in the comments?