Losing inches around the waist is one of people’s constant struggles. Some have tried everything from exercise to plastic surgery. However, scientists recently discovered that gut flora also plays a part in defining the measurements of this body area, as hard to believe as it may sound.

The Elite Indian wants to pass on to you some scientific findings that connect the environment of bacteria in our intestines to how our abdomen looks. 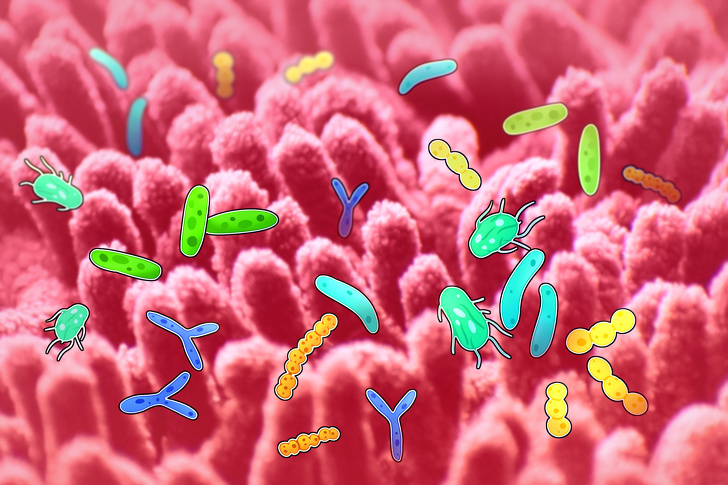 This is how experts refer to the set of bacteria that live in our gut. Each of us hosts about 100 billion, almost all of which inhabit the colon. They develop from birth and are normally harmless when they maintain a balance. However, they can cause trouble when they lose their fragile balance if they undergo some alteration that makes them multiply or disappear.

They constitute a sort of second DNA since each of us carries approximately 40 trillion bacterial cells, while our bodies are only made up of 30 trillion other types of cells.

The role they play in the human body Since they’re so plentiful, gut bacteria contribute significantly to human health, as their main function is to absorb all the nutrients found in food. And their job doesn’t end there. They’re connected to our bodily functions in a manifold of other ways:

This is how gut bacteria influence our waist size 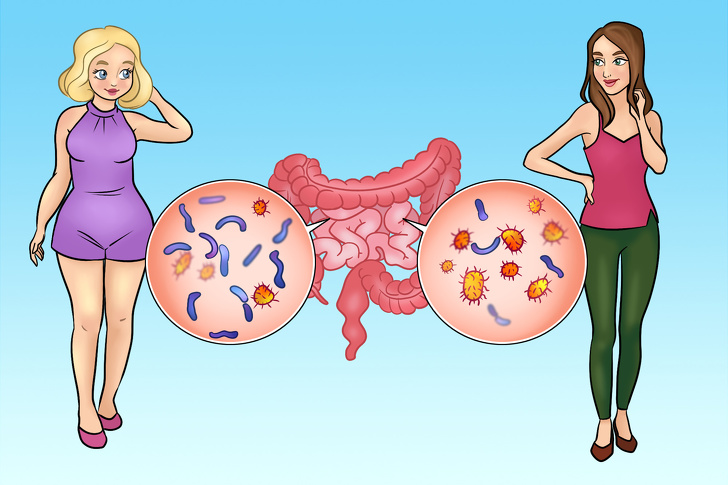 Bacteria’s main job is to protect human health. However, being overweight has many negative health effects. So, how is it that they can also help us develop obesity? Some studies seem to have found the answer, though it’s still too early to reach definitive conclusions, according to their authors.

Gut bacteria are responsible for extracting energy from food. According to research, the absorption capacity of nutrients can vary from person to person, since the composition of gut flora grows differently in each of us. Another study was carried out to decipher the connection between people’s different gut microbiota, obesity, and which agents influenced bacteria composition.

Feces from 393 pairs of twins were compared to determine if genetics played a role. They used this type of sample because fecal matter carries cells that expose the gut microbiota. They concluded that genes only influence 1/5 of the gut transit, while environmental causes are responsible for 68% of the change in the bacteria ecosystem. These analyses also concluded that gut flora partakes in the body’s fat storage process, so that a more efficient type of gut microbiota, one that better absorbs nutrients, could also cause weight gain and an increase in height.

In addition, it was determined that a high-fat diet can alter the microbiome and make it more prone to developing obesity. These bacteria also have a 6% influence on triglyceride variation, and a 4% influence on cholesterol variation.

However, although high levels of fat in the body constitute one of the major risk factors for heart problems, another study suggests that there’s a closer association between the gut flora and cardiovascular system behavior. 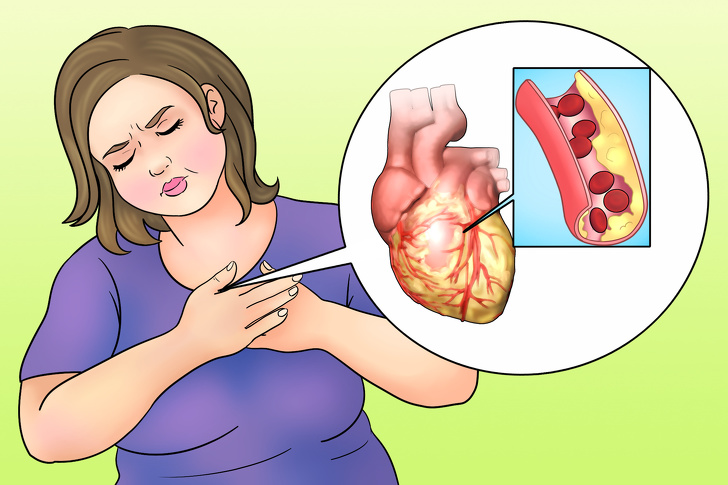 Although these are just initial studies, the doctors who conducted them also found that conditions like hypertension could be related to low diversity and a small number of bacterial communities. They tested this by relocating bacteria from people with the condition to healthy individuals, who began to display higher blood pressure.

Gut flora is also associated with the growth of the atherosclerotic plaque, which blocks arteries in a process known as atherosclerosis, facilitating the growth and rupture of said plaque. Finally, an altered microbiota can affect the arteries’ ability to widen and allow for blood flow, making the condition worse.

How to prevent these health problems The effects of a gut flora imbalance in the human body are still subject to study, and many questions are yet to be answered. The good news is that, unlike age and genetics, the risk factors related to gut bacteria can be amended.

Doctors essentially recommend adopting a healthy lifestyle in every way, while still maintaining a focus on a healthy diet. Try to:

In rare cases, such as the total loss of beneficial bacteria from the use of antibiotics, doctors could transplant fecal microbiota from a healthy person to a patient who needs it.

Did you know that bacteria had so much influence on your body? What other benefits would you add to the list? Tell us in the comment section, and share this article with your friends!