Photoshop is an amazing tool to edit your pictures and make them look good, but do you know that it can also be used to scare the shit out of people by playing an epic prank on them.

Kayla Eby, a schoolteacher from Oregon, USA used photoshop to make her husband Justin believe that she has brought a coyote into their home, thinking that it was a dog. What followed is a hilarious conversation between the two. Check out the screenshots of their amusing conversation:

1. Here’s how the prank begin 2. And Justin was not pleased, especially with his son sitting next to the ‘dog’ 3. Kayla made Justin even more frustrated by asking him to let her keep the animal as a pet 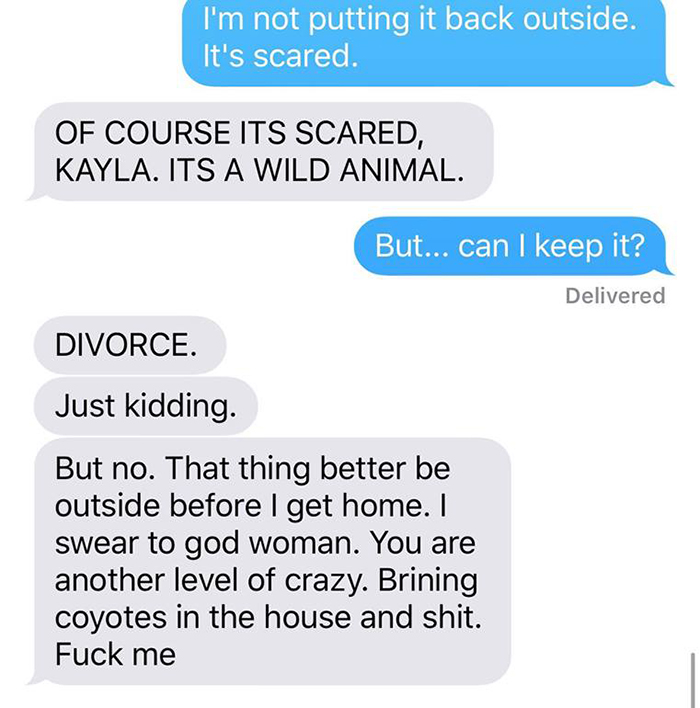 4. Kayla thought it was fate that brought the ‘dog’ to her home 5. But Justin didn’t want to hear Kayla’s side, he just wanted the ‘dog’ out 6. And then came Photoshop part 2, to freak Justin even more 7. Kayla had once brought 4 ferrets home, so Justin kept falling for the prank 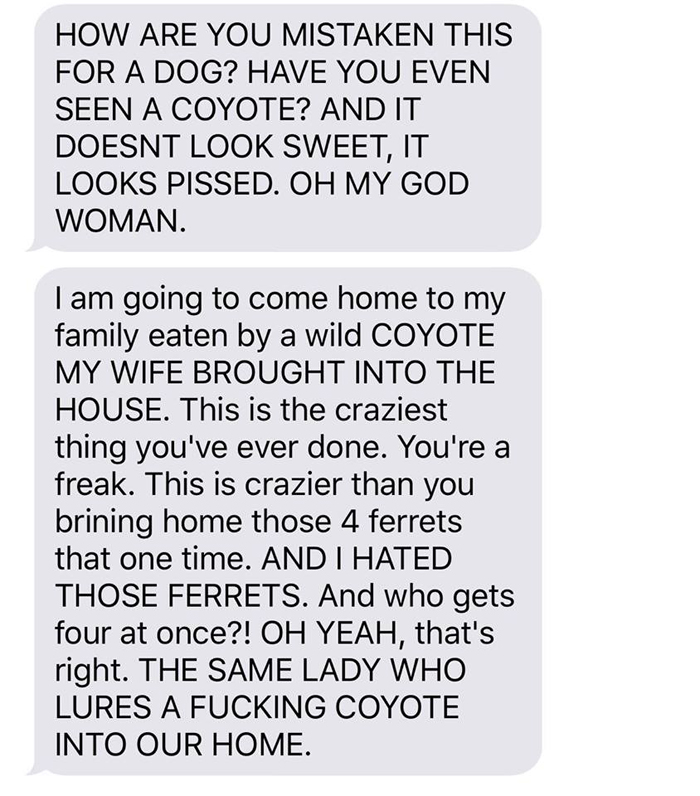 8. At this point, Kayla became the animal expert 9. Kayla took the prank up a notch, telling Justin about the weird noise the Coyote just started making 10. Justin was all ready now to tackle a wild animal and save the day 11. At this point, Kayla knew she had to tell Justin about the prank 12. Finally, she came out with the truth 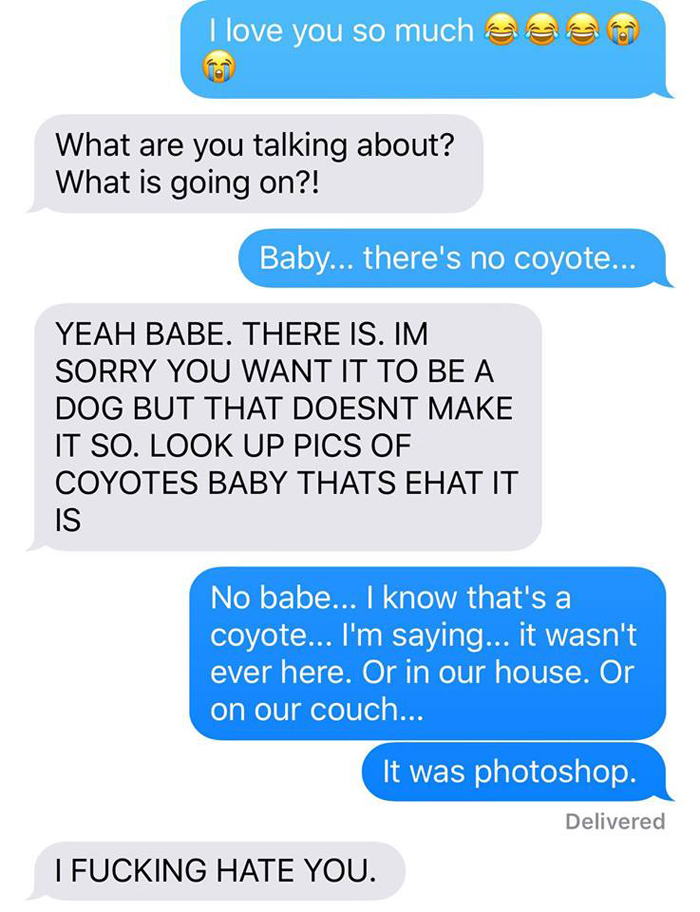 While Justin might have had a huge sigh of relief that there is no coyote in his house, thanks to the internet, this prank is being shared like crazy since his wife posted about it.