First dates can be a bit awkward, but what you certainly don’t expect is having your date brag about littering or share their thoughts on Armageddon right off the bat. Even though these sound pretty weird, we can’t say those dates were a waste of time. Because now the Reddit users who’ve met these peculiar people surely have some entertaining stories to tell!

We at The Elite Indian really couldn`t keep this treasure to ourselves. Here are some of the juiciest ones! I have a pretty high match % with this one woman, her picture is pretty cute, so I click the profile. Nothing out of the ordinary at first, she seems cool. Then I get to the bottom of the profile where there is what can only be described as a disclaimer.

It read something to the effect of: “FYI this account is operated by my father. I do not have the password, and he will be the one checking it. You will have to meet with him one-on-one at least once before you get to meet me, with him present. Do not message me if you’ve ever cheated, or if you’re divorced for any reason other than your wife abandoned you.” @AssistantManagerMan Met him on an online dating site. I’d said on my profile that I was not religious. He asks me about it straight up. I tell him that religion was a complicated matter in my family & that I would prefer to talk about something else. Ok, he says, but first, let me tell you what I think about Armageddon… @JinPerth

She right away wanted to change her Facebook status to us being together. The drinks hadn’t even arrived yet… @Nubsche

I was on a meet-the-parents dinner date with my high school boyfriend. We get to the restaurant and I notice that my chemistry teacher from the year prior was also out to dinner there. Turns out that my teacher was his dad. I scraped through chemistry with a ’D’ only because I flirted heavily with the teacher. @R1fl3Princ355 I went out to dinner with a guy I had only met quickly once before. First we go to dinner, which is ok, nothing special. It was a little awkward. At the end of dinner he asks me if I like Dance Dance Revolution. I was like, “Uh, sure, why not.” He then proceeds to tell me that he is really good at it and wants to show me.

So after dinner, he takes me to an arcade where he spends the next 30 minutes playing/dancing to Dance Dance Revolution while I watch. He never asks if I want to play, he just wants me to watch him. After that, I was ready to go home. I never went out with him again. @Flowersinhercurls

I was 15 and was going to meet up with this girl downtown for a movie and maybe some dinner. Then my mom dropped me of at the wrong theater. I wound up watching The Mighty Ducks 3 all by myself that night. @sentondan 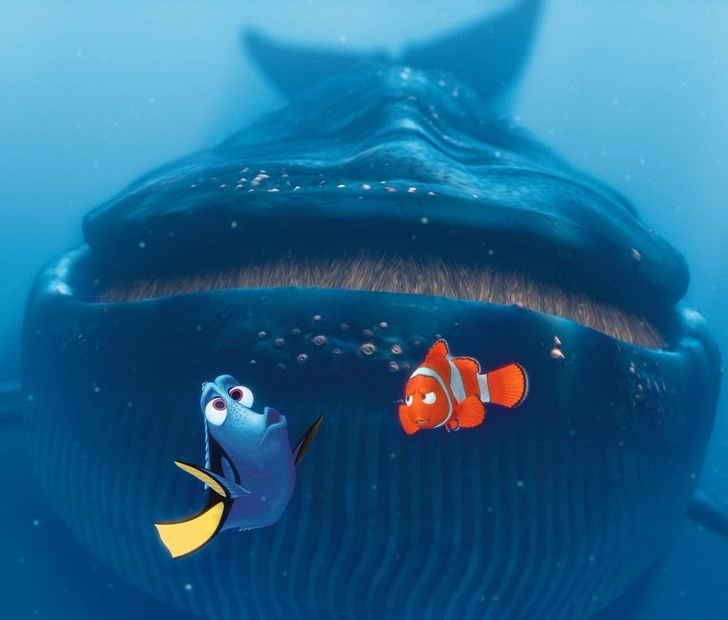 So I went to a wedding once, and the groom set me up with this super-hot Scandinavian bridesmaid. All was going well & we moved outside on a beach, under the stars. We start kissing, then she stops all of a sudden & says, “What’s your lifetime ambition?” out of nowhere. I told her that was a pretty deep question & I hadn’t thought about it. “OK, mine is to touch a whale” she said, excitedly.

“OK…. err- that’s unusual,” I say, trying to get things back on track. “No, listen, LISTEN. It’s my lifetime ambition to touch the same whale TWICE. They are very intelligent animals and remember you. You are friends with a whale for life if you touch it twice.” Taken aback, I just grinned, thinking she was joking. She wasn’t. Then she got offended I didn’t share her whale dream & walked back inside. @NineFeetUnderground I went out for coffee with a classmate. He showed up half an hour late, wearing baggy sweatpants with suspicious stains all over them. I had been amusing myself by doing a crossword while waiting on this guy, and when he arrived, he sat down and pulled my crossword over to him. He looked at it for a moment and then said, “Women who read are fine and all, but it isn’t very attractive to show off.” @CowtheHankDog

Online dating: We met for coffee and walked the beach. It immediately started to not go well. We disagreed about almost everything. He even mocked my religious beliefs. After walking for a while, he asked if I wanted to sit on a beach. I couldn’t believe he wanted this nightmare to last longer. I obliged.

He set his coffee cup down and it blew away, but not far. I said, “Oh no your cup blew away.” He looked, shrugged, and ignored it. “I litter all the time. Yeah, like if I have a bag of McDonald’s trash, I’ll just throw it out the window. That’s what prisoners are for.” @AbbyVanBuren I once took this girl to a movie and then out to a restaurant and we started talking, but it was like talking to a brick wall. During this time she keeps checking her phone and putting it away without texting, just looking so it seemed like no big deal. We get our food and eat, so I’ve got a little bit of time to think about how to kindly take her home. Then she starts talking about going somewhere else for dessert.

Normally I’m up for this, but things aren’t going anywhere. We finish, I’m waiting for the bill and she pulls out her phone and says that she has to go, so I said, “Ok, as soon as the bill comes, I’ll take you home.” She looks at me and says, “I’m ok, my boyfriend is here to pick me up,” and she just walked away. @noideatoday

I showed up for a date with a girl I met on the internet. She shows up with a dude. Expected me to pay for them both to eat and drink for the evening. @LittleBeauCreep She showed up with her twin sister, and they asked if I’d be cool with dating both of them because they share everything. @air-

I was already on a date with someone when they get a call, and ask me, “Is it okay if my kid joins us?” Sure whatever. So we go to a place to meet the sitter and pick up the kid. Turns out the sitter is her ex-husband, with blue hair and a beer gut. Still living the punk life I guess. I shook his hand, knowing I’ll definitely never see any of these people again.

Anyway, her kid was like 2 and we took him to a carnival… where I saw that blue-haired dad again… on his own date with a girl. Hilarious. @ravioli_king

A childhood friend of mine asked me to go to dinner after we ran into each other at a party. I thought this would be great — she had gotten pretty cute since the last time I saw her and it was all going well when we were texting. I met her at a restaurant and, to my surprise, there was a middle-aged business-looking guy there as well.

As soon I sat down, both of them tried to recruit me to be a part of one of those pyramid marketing schemes. After I declined and went home, I would get texts regularly over the next month asking me what went wrong and why I didn’t want to make all this easy money. I’m pretty sure I didn’t even get to order dinner either. @jex_head

Dou you have any awkward or even crazy first date stories? Please share them in the comments!