When we watch a film, we don’t usually empathize with the villain because, in general, they usually have a constant confrontation with the protagonist, who almost always steals our hearts. However, throughout history, Hollywood has changed the stereotypes of the “very bad” antagonist and the “really good” hero, so the love stories of villains began to take on more relevance, helping us to understand a little better the reasons that led that character to be the way he or she is.

The Elite Indian compiled the stories of 8 classic movie villains who, against all odds, risked their hearts for a love that was not always reciprocated, but whose attitudes made us love them a little more or at least see them with different eyes. 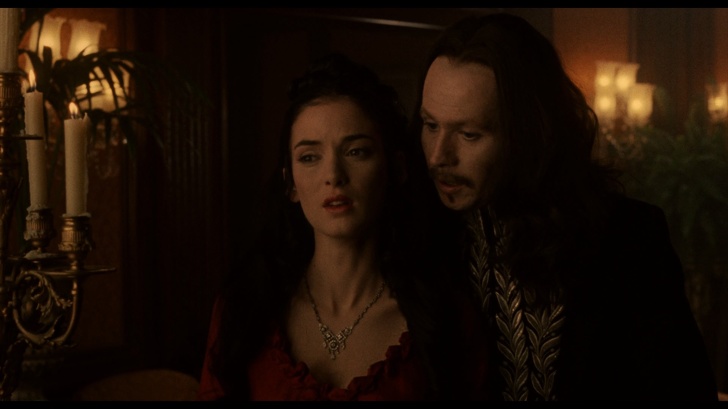 Unlike the original story written by Bram Stoker in 1897, or the films starring Bela Lugosi (1931) or Christopher Lee (1958), in this case, the evil Count is not a ruthless monster at all, but a lover who lost his wife, Elisabeta, in the Crusades, and sees her reflected in Mina Harker, a Victorian damsel who does not know she has a vampire lover in Transylvania.

This Count who only wants to love again, and who finds himself really beaten down by abandonment and trapped by the tyranny of immortality, is seen in detail in Bram Stoker’s Dracula, the film directed by Francis Ford Coppola and released in 1992. The reason that drives Dracula to kill is his love for Mina: we can see the torment directed toward Jonathan Harker (Mina’s fiancé), then the submission to Renfield to bring him constant information from England (where she resides), or the hate killing of Lucy Westenra when he finds out that Mina finally got married.

2. Erik in Phantom of the Opera 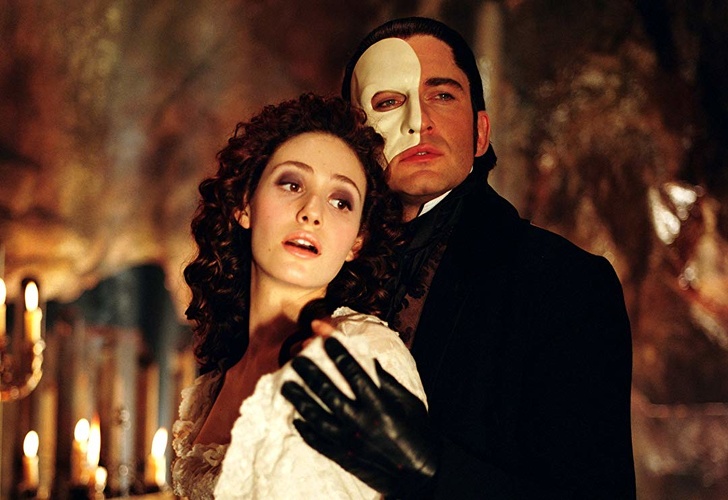 The story of the Phantom of the Opera has not changed much in each adaptation, and the essence of the main characters has been respected. In 19th century Paris, Erik, a brilliant man, with a deformed face, works in the opera as an assistant in each play. But what is interesting is that he uses his scientific skills and knowledge to plague the theatre with death traps and torture devices that only he knows. Thus, those who get too close to him or make fun of him become victims of his tricks and die.

Erik lives in the catacombs of the theatre and does not have a good relationship with people, as he is tormented by the deformities of his face, which is always covered with a mask, generating a lot of mystery around his image. When he meets Christine, a young and innocent opera singer, his whole world changes because he falls in love with her. In his eagerness to conquer her, he timidly helps her in her career and protects her from those who want to harm her. She sees him as a kind of mentor and feels good by his side, but when Raoul, an extremely superficial and superb character, appears, everything gets out of control and Erik’s fury is unleashed.

Gaston Leroux’s original story, published in 1910, as well as his later adaptations, do not end well at all, because Erik dies or, worse, ends up alone as his only companion.

3. Severus Snape in Harry Potter and the Deathly Hallows — Part 2 Throughout the Harry Potter saga, we saw Severus Snape, the potions teacher (then defender against the dark arts and finally director of Hogwarts), as a hard, demanding, and sometimes unfair man to his students, especially Harry. He torments him, denigrates him, and speaks ill of his father, James, constantly.

But, as the deliveries go on, we discover that Snape’s hatred of Harry is not random. Severus and Lily (Harry’s mother) were best friends as teenagers, and as a young man he ended up falling in love with her. However, when they entered Hogwarts, she met James Potter and was overwhelmed by his seductive and popular image, so she completely abandoned her friendship with Severus, who was constantly teased by James and his friends.

Thus, Professor Snape received Harry Potter at school as the fruit of 2 people, loving one and hating the other. At Albus Dumbledore’s request to protect Harry from Lord Voldemort’s plans, Severus dedicated his life to caring for the boy, because, deep down, he was the legacy of Lily, who he never stopped loving.

4. Imhotep in The Mummy 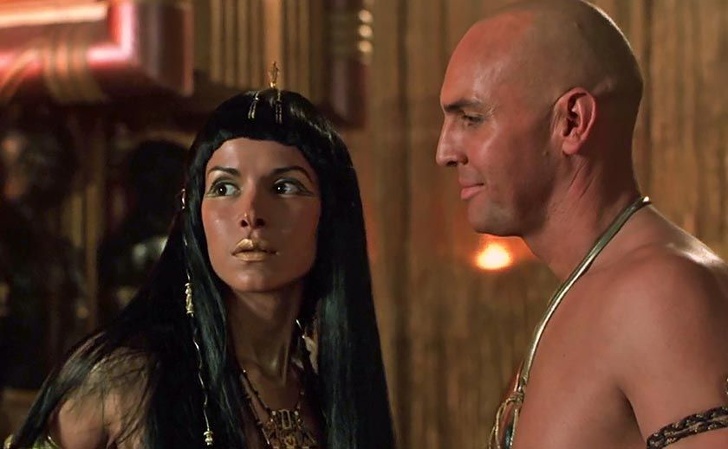 In the film The Mummy (1999), as a kind of Count Dracula, the high priest Imhotep is condemned to eternal life after murdering the pharaoh Seti, who was the lover of his beloved, Anck-Su-Namun. The disaster is unleashed when the pharaoh Seti discovers the romance between Imhotep and Anck-Su-Namun, but he gets nothing but chaos when he is killed by them. Love does not prosper because Anck-Su-Namun commits suicide and Imhotep escapes through the desert of Hamunaptra, the city of the dead, ready to resurrect his beloved.

In the middle of the resurrection ritual, Imhotep and his priests are captured by Pharaoh Seti’s guards before the ceremony is over, thus sending Anck-Su-Namun’s soul to the underworld. Imhotep’s priests are mummified alive and the high priest is a victim of Hom Dai’s curse: he has his tongue cut out and gets buried alive with 100 beetles, having to endure eternal life in agony.

Thousands of years later, Imhotep is mistakenly revived by librarian Evelyn Carnahan and Rick O’Connell. Then he wants to take the opportunity to resurrect his beloved and finally rule together. 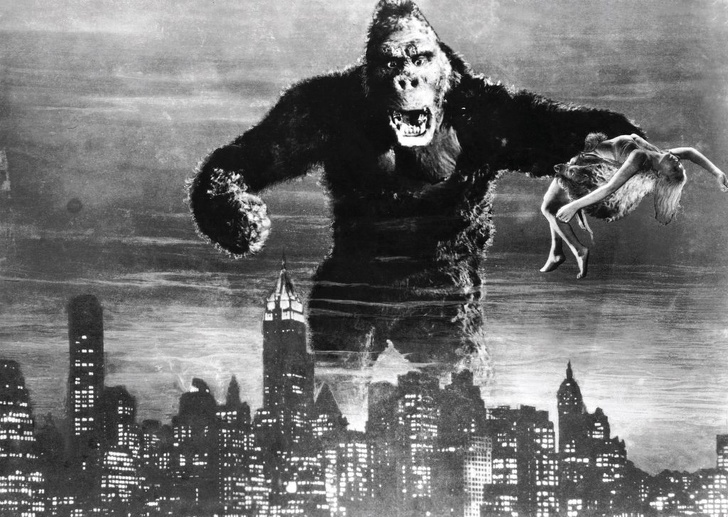 The 1933 film King Kong, and its subsequent adaptations, places us on the mysterious Skull Island, where the daredevil gorilla Kong is considered the eighth wonder of the world and is worshipped by the inhabitants of the island, venerated as a god. When an expedition from the United States disturbs the peace of the place and threatens the gorilla’s domain, things become too dangerous for the expedition members. Kong is furious, but when he meets Ann, offered in sacrifice by the island’s natives, he falls madly in love with her.

Kong is then taken to the United States, and there he tries to capture Ann again, but an army squad assassinates him on top of the emblematic Empire State Building. Before dying, the gorilla releases the girl and carefully deposits her in a safe place to save her and prevent her from dying with him.

6. Anakin Skywalker in Star Wars, episodes I, II and III 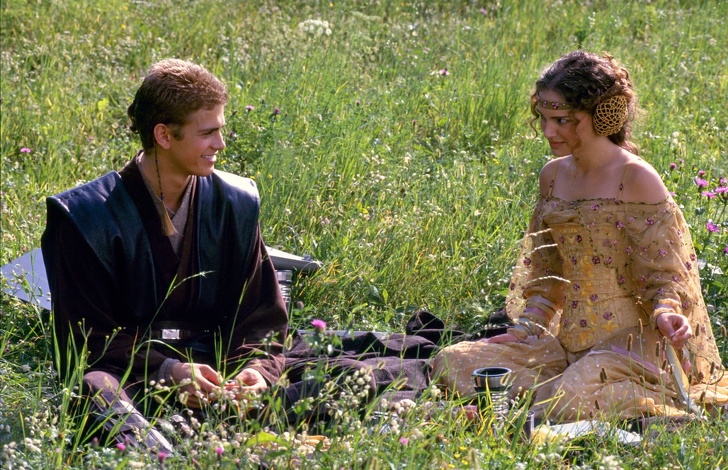 We all remember the evil and dark Darth Vader, the villain of the Star Wars movie saga, with his black suit and his gloomy mask that gives off a loud puff of air when he speaks. When it comes to achieving his goals, Vader doesn’t flinch as he gets rid of anyone in his way, killing them in cold blood with the use of the Force.

But before he became that reckless villain, Vader was Anakin Skywalker and he grew up a brilliant young man, whose power was cautiously anticipated by Yoda, the Jedi Master. Anakin meets Naboo’s queen and senator, Padmé, and the 2 fall in love even though they know their romance cannot continue because their careers would be threatened if it did. They are forced to end their love affair when Padmé becomes pregnant, while Anakin struggles between going to the dark side or continuing with his Jedi training.

Distant and suffering, Padmé decides to search for Anakin but is intercepted by Obi-Wan Kenobi, who is looking for Vader in order to kill him. Darth believes his beloved betrayed him and tries to strangle her, but Obi-Wan saves her so she can give birth to Leia and Luke. Finally, Padmé dies in childbirth and Vader is confined to the dark side forever until he comes face to face with Luke and confesses to him that he is his father.

7. Davy Jones in Pirates of the Caribbean: At World’s End

Davy Jones, one of the most emblematic villains in Pirates of the Caribbean, is a man whose passion for the sea goes beyond understanding. His love for the waters reaches such a level that he falls in love with Calypso, the goddess of the 7 seas. Against all odds, she stays with him, and for a long time the relationship prospered and they were happy, but there were 2 obstacles that made things go straight to failure: Calypso had to live like a mortal and abandon her labors at sea, and, moreover, she was unstable and unyielding like the sea itself, so she could not lead a quiet love life.

Thus, Calypso proposes to Jones that he command a ship called the Wandering Dutchman, bewitched with his powers, to protect and shelter the dead of the sea (any man or woman who dies in the waters). The rescued souls could rest for another 100 years by swearing their loyalty to Captain Jones. In return, the captain would only be allowed to set foot on land once every 10 years, while Calypso would be free during that time.

But the goddess did not comply. When Davy Jones made his first landing after 10 years, Calypso was not waiting for him as they had agreed, so as a result of the profound pain, he ripped out his heart with his own hands. He, unfortunately, only achieved greater suffering, because one of the powers that Calypso had granted him was immortality. The heart continued to beat outside of his body, confined in a chest, and he became the ruthless villain we know today. The film Batman Returns (1992) tells the story of Catwoman, the evil enemy (at first sight) of Batman, and once again we discover a tale full of bitterness and pain. Catwoman was born under the name of Selina Kyle, and, as we could see, she did not have a very smooth life, but quite the opposite. She was working as a secretary for Max Shreck, a ruthless businessman, and owner of several businesses in Gotham City, who tried to kill her when she discovered a macabre plan by her boss to leave the city without power and monopolize the electricity business.

As a result, she brings together all the anger and all the frustration that has built up over the years and transforms herself into Catwoman. In a black leather suit, this woman will try to take revenge on her boss and an entire city that has tormented her forever. This is how she meets Batman and begins to develop a love-hate relationship with him, because, supposedly, they are opposites and work for different sides, but in reality they are just 2 sides of the same coin, and, at some point, soul mates.

Throughout the film, Catwoman discovers that she has too much resentment inside her and is not happy with herself, so she cannot relate well to people, let alone Batman, who is more tormented than she is. Thus, she is seen wandering the streets of Gotham City, confused and off-track, understanding that her relationship with Bruce Wayne would never work, but regretting that she did not even dare to try.

Which of these villains do you empathize with the most? Do you know of any other fictional antagonist who has lived through a tragic love story? Tell us in the comments!