Ian Grillot is the man you need when a situation goes really bad in life. Be it an accident, or assault or a terrorist attack.

How many times has it happened with us that we see an accident happen and no one comes to help? People just stand and watch, not moving a muscle because they value their life and time so much that they can live with the fact that they will not help a person in need. He landed in a hospital due to his courageous act with a bullet in his neck and one in his arm.

His act made him a hero in India and the USA alike. Indians appreciated his heroism and the Americans celebrated his acceptance and intolerance of hate crime.

India salutes the heroism of Ian Grillot ! Best wishes for a speedy recovery.

Anupam Ray, India’s consul general in Houston, formally invited Ian to India, telling him that “bravery and kindness speaks louder for and is more representative of America than the violence”. 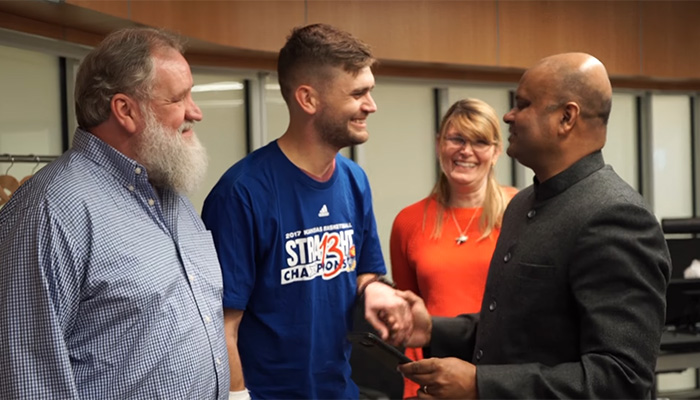 Ian is a US Navy veteran who has always been fascinated with India since the time he was a child. He met with the Indian diplomats after he was discharged from the hospital on Tuesday.

The great thing is that even Ian wants to visit India! “I THINK I’VE FOUND MYSELF A GOOD REASON TO GO THERE NOW. SO I’D DEFINITELY HAVE TO BE MAKING A TRIP THERE SOMETIME IN THE NEAR FUTURE”

You are always welcome here Ian. And as our diplomat put it we will always celebrate your heroism in India.