The video is of Delhi’s famous ‘Kake-Da-Hotel’ at Connaught Place. In the horrifying video, a worker is seen kneading dough with his feet at the roof of the eatery.

So how many of you have heard about the great food at Kake – Da – Hotel? pic.twitter.com/lB9cLHA1W8

As the video went viral and a formal complaint was received, the department of food safety in Delhi called an inspection at the restaurant. 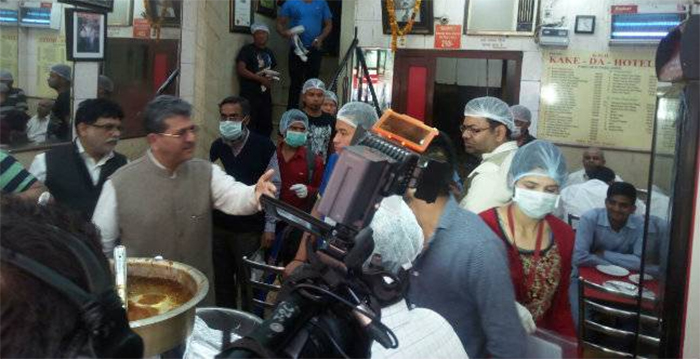 And people gave their reactions to the horrifying video.

Happens at parathewale gali too, from what I've heard.

oops. I go to adjacent Bhapey da Dhaba but since it is close on Tuesday, went at this joint last week.

an old fave from decades ago, the CP outlet: stopped after food poisoning after eating at their Panchsheel outlet some years ago

Have you ever visited this restaurant? How was your experience? Do share your views with regard to the article in the comments section below.