Traffic congestion on Delhi roads costs around $10 billion or about Rs 60,000 crore annually. This is on account of fuel wasted due to the idling of vehicles, productivity loss, air pollution and road crashes, according to a study done by IIT, Madras. As the vehicular population rapidly grows in the capital, the study projects the congestion cost would increase to the tune of around Rs 98,000 crore by 2030 unless steps are taken to tackle the daily mayhem.

It has recommended dedicated lane for buses since, “The productivity loss due to congestion delays of commuters who use buses accounts for about 75% of total cost of congestion”.

Congestion has become a routine on Delhi’s roads despite a large number of flyovers and elevated stretches coming up in the past several years. The definition of peak hours has changed as almost all major roads remain clogged from 9 am to 9 pm and it’s worst in the case of roads linking Gurgaon, Faridabad, Noida and Ghaziabad. 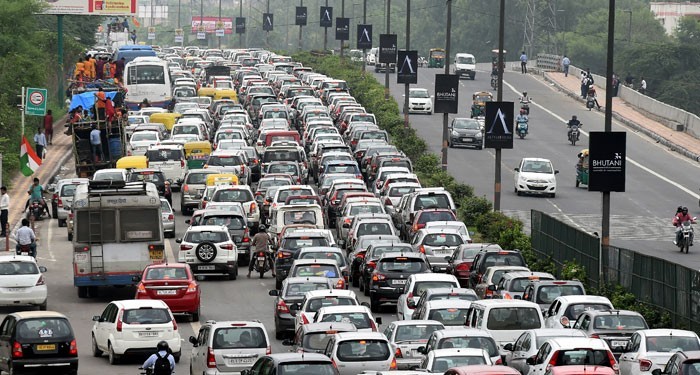 “One study by IIM-Calcutta in 2012 had shown how Rs 60,000 crore was being lost because of congestion on the entire NH network. Our study showed how the cost of congestion is similar only in the national capital,” said Harry Raymond Joseph, one of the authors.

The other two authors Gaurav Raina and Krishna Jagannathan are faculty members at IIT, Madras. 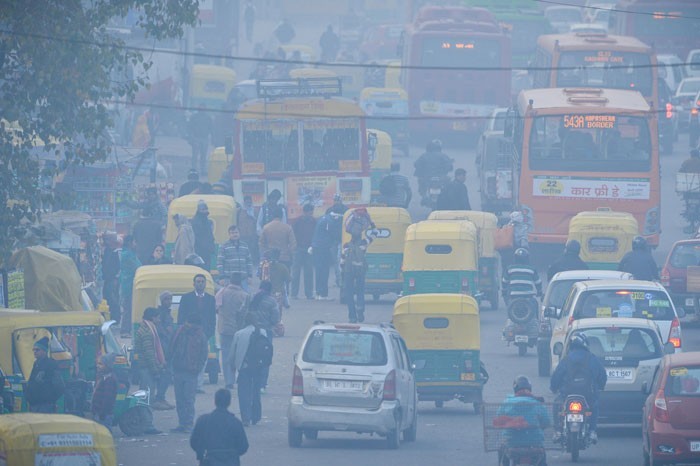 Harry said about 50% of these costs can be offset by making a single infrastructural change — dedicated bus lanes — and using smart traffic management systems. The study mentions buses are the most popular means of road transport catering to about 60% of Delhi’s total demand and the average occupancy in buses is 20 whereas the average occupancy in cars and two-wheelers is 2.2 and 1.2 persons respectively. A study conducted by Maharashtra’s transport department last year had shown that one bus can replace 35 private cars and thereby reduce congestion. Another study by a global automobile major in 2015 had shown that congestion was the main reason for anxiety for at least six out of every 10 Indian drivers on the roads. Pitching for the government to put greater emphasis on buses, the study has recommended, “In order to make dedicated bus lanes effective, it would be important to have more frequent and more comfortable buses. This could also help in shifting a fraction of the motorists to buses. Additionally, it would be prudent to employ state-of-the-art scheduling policies for buses.” It has also suggested the need to employ intelligent traffic management systems including smart traffic lights to reduce fuel wastage.