A Class 12 textbook meant for Central Board of Secondary Education (CBSE) students is putting all speculation over that question to rest, declaring authoritatively that the much-celebrated 36-24-36 figure is, in fact, the “best” body shape for females.

The textbook doesn’t stop at just female body shapes. They further added why women ‘are not able to run properly.’

“THE BONES OF HIPS OF FEMALES ARE WIDER. KNEES ARE SLIGHTLY APART. DUE TO THIS SHAPE FEMALES ARE NOT ABLE TO RUN PROPERLY.”

A cursory sentence in the section on ‘Differences in shape’ says that when it comes to males, the ‘V’ body shape is considered the best. 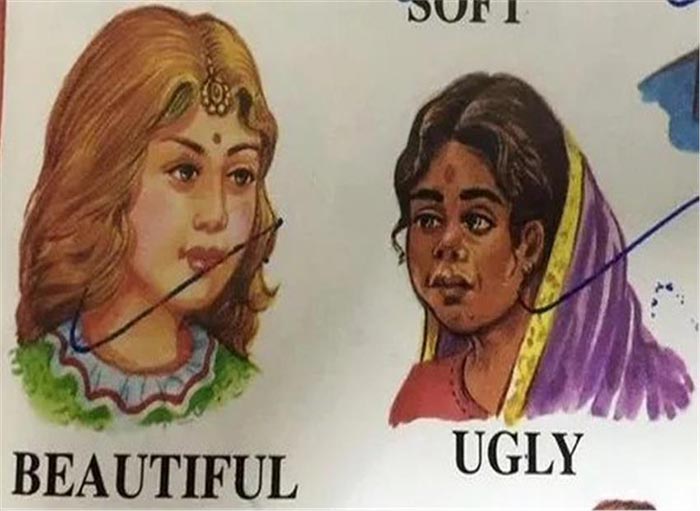 However, this is not the first time that we are pointing out mistakes in a text book. Earlier also, a text book termed a dark woman as ugly and fair one as beautiful.

We have many times criticized the advertisements of fairness creams which show fair skin in better light but what will you say when such type of education is imparted from a text book of an education board?

Do let us know your opinion in this regard in the comments section below.