Baba Ramdev’s Patanjali Yogpeeth (a public charitable trust) has succeeded in its appeal before the Income-tax Appellate Tribunal (ITAT), which has accepted its tax-exempt status. The ITAT (Delhi bench) held that Yoga entails providing medical relief and camps also provide education and that both`medical relief ‘ and`imparting education’ fall within the meaning of charitable purpose, entitling the trust to claim I-T exempt status under sections 11 and 12 of the Income Tax Act.

“The finding of I-T authorities that propagation of yoga by Patanjali Yogpeeth does not qualify as medical relief or imparting of education is not justified,” stated the ITAT in its order dated February 9. Even as the litigation settled by the ITAT, relates to the 200809, the ITAT has also referred to the subsequent amendment in the I-T Act, which came into effect on April 1, 2016. This amendment specifically inserted `yoga’ within the definition of `charitable purpose’. If the exempt status not been upheld by the ITAT, Patanjali Yogpeeth would have been liable to pay income tax. The total income of this trust is not brought out in the ITAT order.

The ITAT also held that corpus donations aggregating to Rs 43.98 crore received by Patanjali Yogpeeth, predominantly for the construction of cottages under its Vanprasth Ashram Scheme (which provides accommodation to those attending residential yoga courses), were capital receipts not liable to I-T. 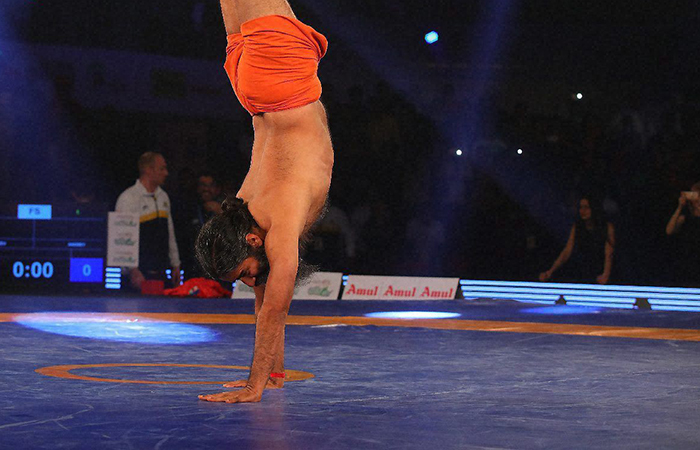 Such donations included land donated, whose market value was pegged by I-T authorities at Rs 65 lakh. In its order, the ITAT pointed out that “Corpus donations are not taxable, even in circumstances where the trust is not eligible for I-T exemption”.

Various additions to the trust’s income made by the I-T authorities, including a Rs 96 lakh addition made for services made by the trust to Vedic Broadcasting in which Acharya Balkrishnan, a trustee and close aide of Baba Ramdev holds substantial interest were deleted by the ITAT, on the ground that the I-T authorities had not understood the facts.

The ITAT also agreed with the submissions made by the trust and observed that certain inferences by the I-T authorities such as the provision of benefits to certain persons or receipt of anonymous donations were made without fully appreciating the facts.