The oldest marathon finisher, Fauja Singh, was 101 years old when he finished a 6.25-mile run in 1 hour and 32 minutes. Not only does running help you lose unwanted weight and keep you in better shape, but it can also add more years to your life.

There are some people who love to do this, but even if you’re one of those who really, really don’t — you should do it because the benefits it brings are incredible.

We all about a healthy and active lifestyle, so we want to explain why running is so good for us.

Running Can Prolong Your Life A study conducted 6 years ago showed that people who ran only 5 minutes a day still had a long life and it was also found to be the only exercise that reduces the risk of death from cardiovascular disease and all other causes.

This research found that runners had 30% and 45% lower adjusted risks for all-cause mortality and cardiovascular mortality, respectively, as well as a 3-year life expectancy benefit.

It has also been proven that one hour of running a day is equivalent to another 7 hours added to our lives.

However, if you’re wondering if other forms of exercise, like walking or biking, have the same effects on us and our life expectancy, the researchers helped you. 3 years later, they did a follow-up study, answering precisely that question. Overall, the new research reinforced the findings of the previous research. The data indicated that running, regardless of pace or mileage, reduces a person’s risk of premature death by nearly 40%.

Using these numbers, the scientists determined that if all non-runners who participated in the study embraced the sport, there would be 16% fewer deaths overall and 25% fewer fatal heart attacks.

One very interesting thing the researchers found was that running gives more time to people’s lives than it consumes.

The data showed that a normal runner would spend less than 6 months running for almost 40 years, but could expect an increase in their lifespan of 3.2 years. In short, running one hour a day statistically increases life expectancy by 7 hours, according to the scientists who conducted the research.

The study also revealed that walking and cycling are related to a longer life, but it is not the same as running.

And they also found that running more than they should every day isn’t bad, but it’s not really necessary either, as it hasn’t increased their life expectancy further.

Running Should Be Combined With A Healthy Lifestyle 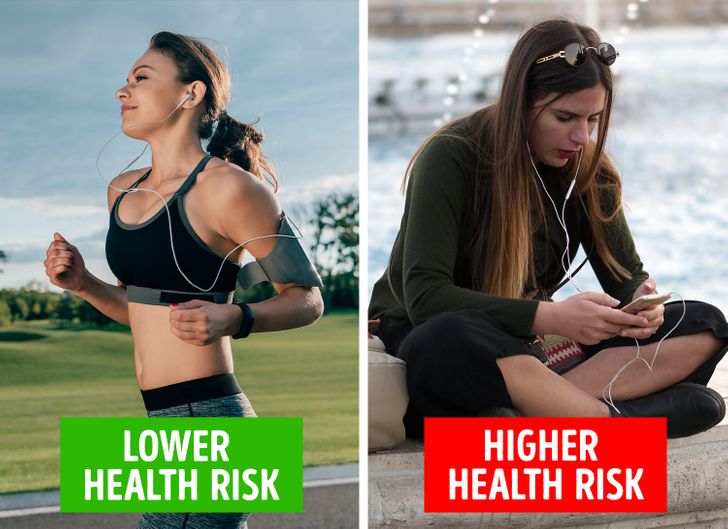 However, it is important to note that the findings of this research are associational, meaning that people who run are people who tend to live longer, not that running directly leads to a longer life. However, this helps a lot.

Exercise should be taken seriously because, according to a medical study published in The Lancet, inactivity is very dangerous, causing 1 in 10 deaths worldwide.

Of course, being active alone is not enough for truly long and healthy life; people who also eat well will reap the greatest benefits.

Will you try to include more lifestyle after reading this article? Share with us and we will motivate ourselves together!