Movie posters often play the main role in making us want to watch a certain movie. In addition, it seems that there are as many posters as movies in this world, and that each of them is unique and unrepeatable. But what if we tell you this is wrong and that the number of movie poster types is actually limited, very limited.

We at The Elite Indian were extremely surprised and, at first, we couldn’t believe our eyes when we came across this discovery. And we want to give you the chance to have a look at them too.

A Twitter user, who is also a creative director and photographer, has recently come up with an idea that there are 10 basic movie posters. LEE, that’s the name of the man, has found a consistent pattern among Hollywood’s, and other countries’ movie posters. His thread instantly became viral and people still can’t believe their eyes. Seeing the combination of blue and orange colors guarantees you a thriller or an adventure where heroes save the world from villains or simply have an experience of a lifetime. Do you know of any other movie posters that could be included on this list? 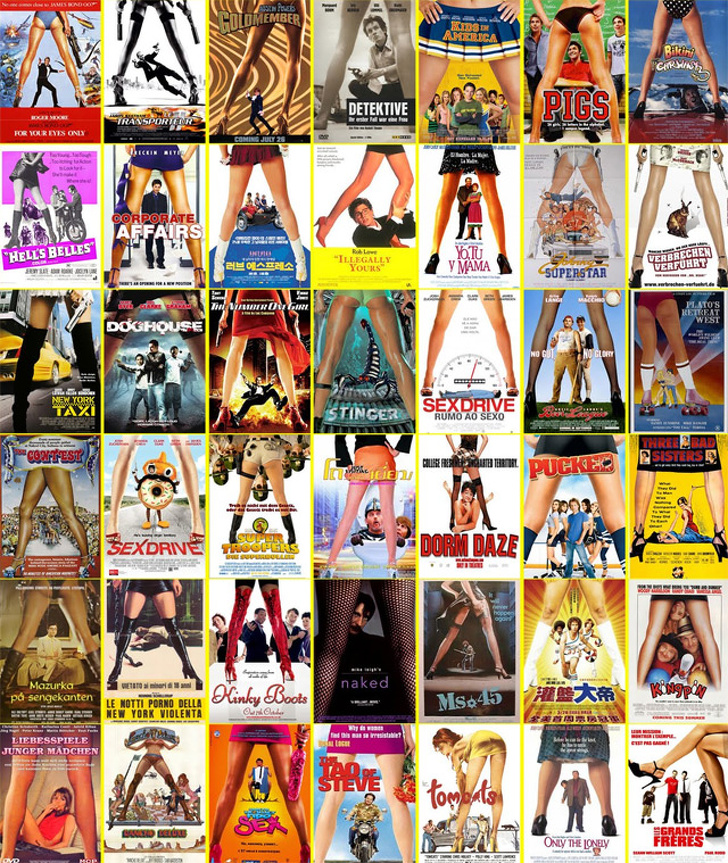 The second pattern includes beautiful, and usually long, legs in the foreground and a certain type of action in the background. But it’s, of course, the legs that make the pattern so recognizable. 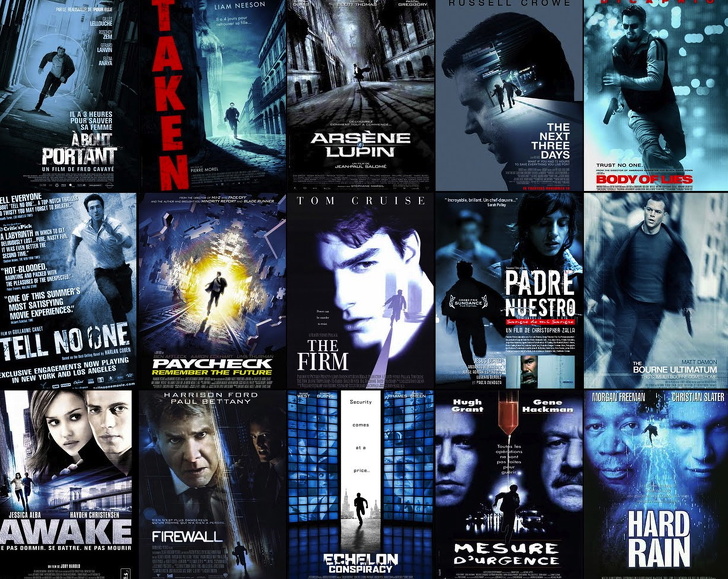 There are many movies about brave cops saving the world. Turns out, many of them have the same type of posters — blurry or in a dark blue color. And this is the third pattern LEE found. That is perhaps the most popular type of movie poster we can all remember. It always includes a couple, leaning against each other, promising a funny love story — sometimes with the elements of a thriller. 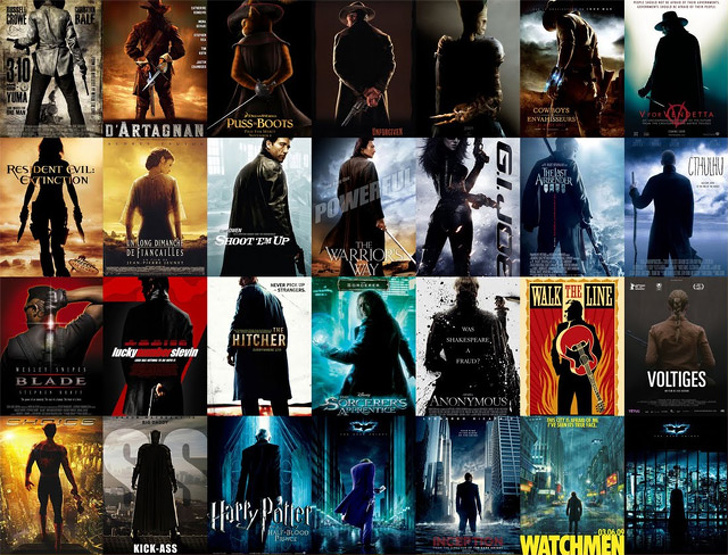 Heroes leaving into the distance and showing their black, or dark, backs to the viewers takes the fifth position on LEE’s list. Red is a color that attracts our attention and moviemakers know this fact well. Perhaps that’s the reason why they use this type of set up so often. 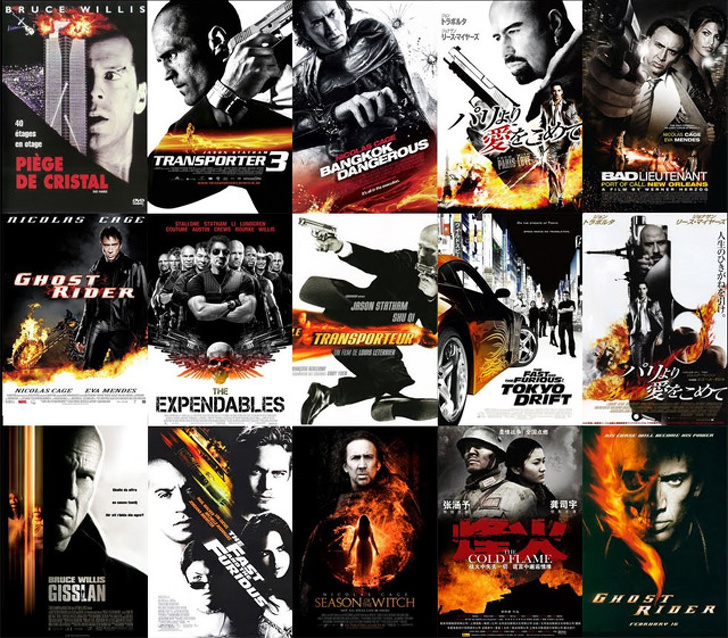 Another color combination pattern that can be seen often on posters is black and orange. Nicolas Cage, Jason Statham, and, of course, Bruce Willis can often be seen on these types of posters. 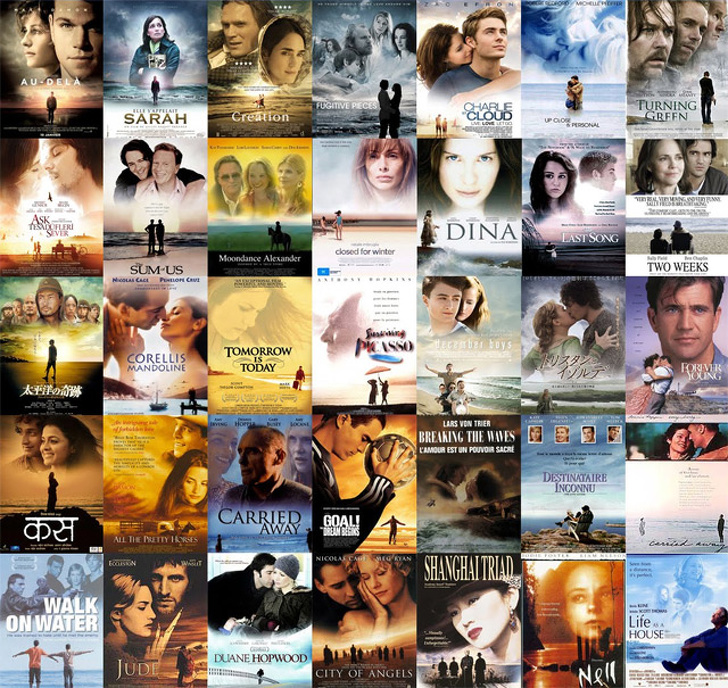 Clouds on movie posters take the 8th position. Have you noticed yet that, apart from Hollywood movies, this compilation also contains movies produced in other countries? 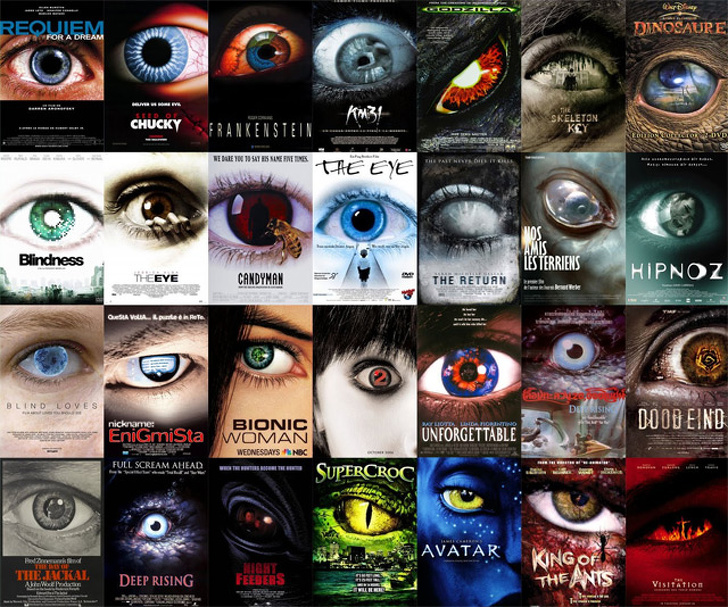 A big eye looking at you from the poster definitely makes you wonder what the movie is about, doesn’t it? It promises a thrilling and exciting plot that will keep you engaged for a couple of hours. 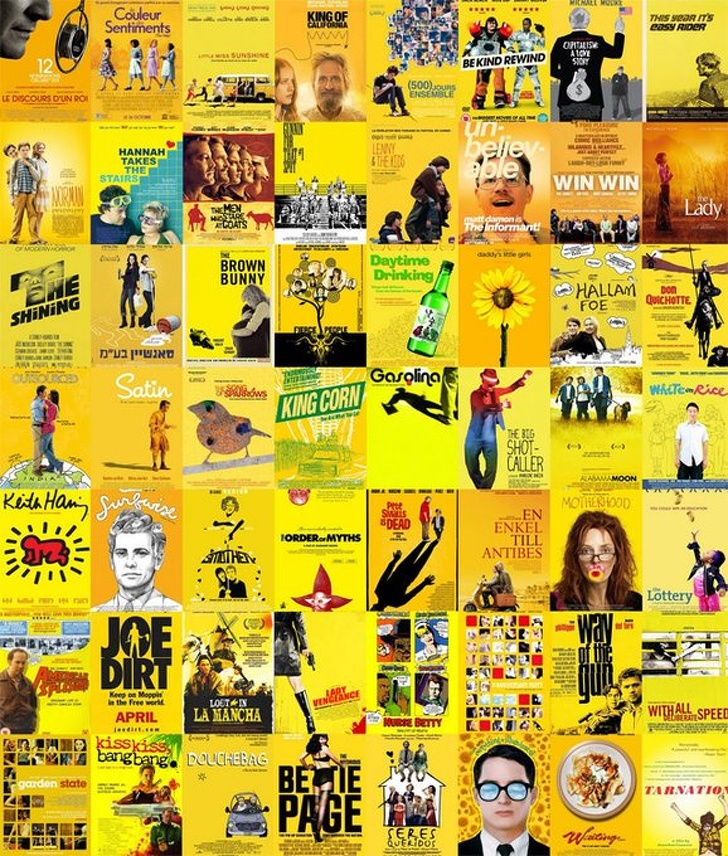 It’s not just the color red that attracts attention, but yellow is also on this list too. Movie posters with a dominant yellow background finalize LEE’s list and prove that yellow is always trendy. Which of these movie types attracts your attention the most? Can you think of other poster patterns that could continue the list?