When you’re traveling without entertainment, time seems to crawl by. That’s why one little dog, who was traveling with his owner all the way from London to Ibiza, decided to make sure the passengers around him on the plane were well-entertained, by just making the funniest faces.

We at The Elite Indian couldn’t get over the inventiveness of this fun little dog, and we definitely think every airplane should hire this kind of entertainment for long trips.

This lovely dog, who is sticking his tongue out, is Hexley, and he and his mom, Ursula Aitchison, were just getting settled on their flight from London to Ibiza. Flights from London to Ibiza are usually around 2 and a half hours long, and a dog needs its fair share of attention. Hexley refused to tolerate boredom and decided to try to get other people’s attention. He abandoned his mother’s side and decided to hang out with the other passengers instead. Hexley sat next to the man in front of them, who didn’t mind welcoming his new furry friend. But then his mom opened a snack, and that triggered all of Hexley’s senses at once. The moment he heard the sound of crunching chips, he stuck his head between the seats and tried to reach the food with his tongue. Hexley was drooling all over the seat, and that made every passenger on the plane laugh. 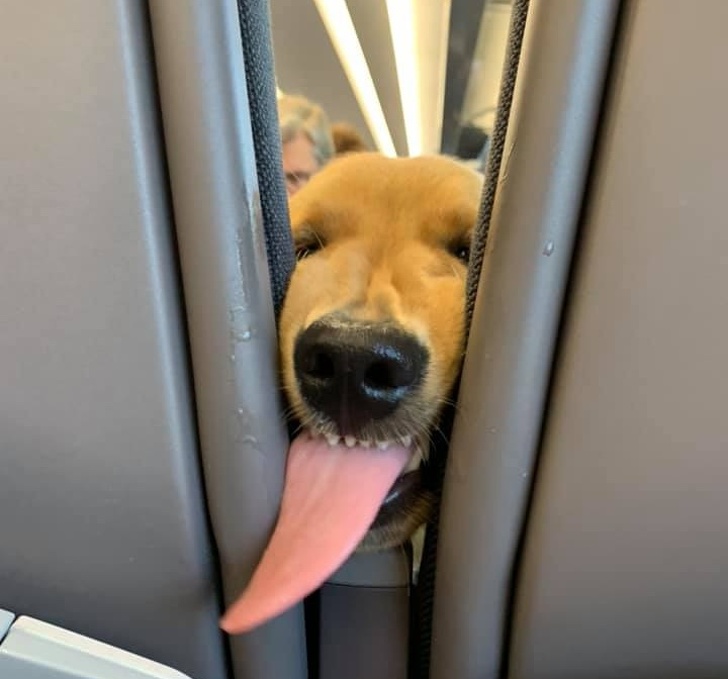 Hexley’s attempt to get a hold of the snacks was not successful, but that didn’t stop him from making funny faces. 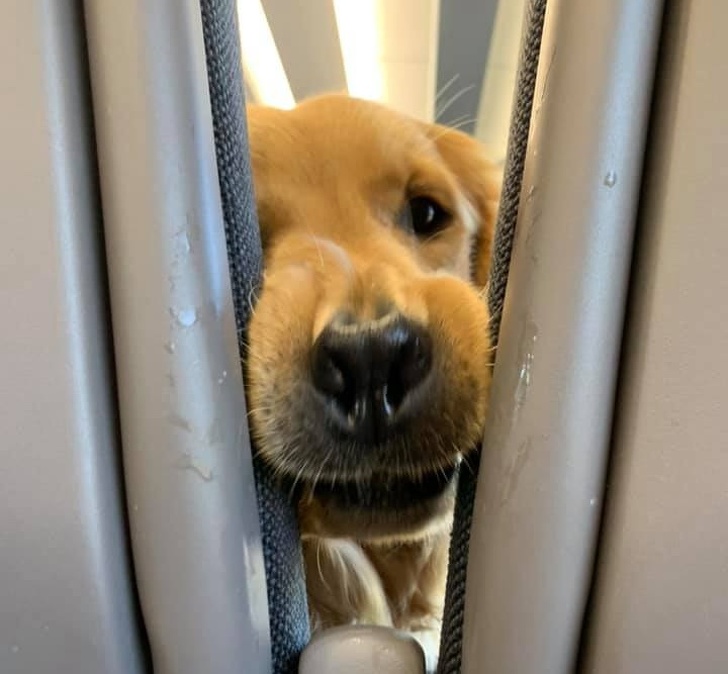 Eventually, he returned to the seat next to his mom when he got tired of entertaining passengers. How did you like Hexley’s masterplan for getting attention? Tell us what you think in the comments below.