According to the United Nations World Tourism Organization, the number of tourists reached 1.4 billion people last year. People have become more proactive and more open to the world, but in the end, they often end up dissatisfied with their trip and they have objective reasons for that.

We at The Elite Indian had a look at the results, read reviews on popular tourist attractions, and came up with a list of places where travelers always seem to want to go back, and a list of places where most people rarely return. As a bonus, at the end of the article, you’ll find information about some unusual and affordable tourist destinations.

It’s impossible to make a list of countries based only on the tourist reviews. So we used the data from the British analytics company Euromonitor International, Mastercard’s Global Destination Cities Index, and the ratings created by Lonely Planet’s users. The capital of Thailand is a leader in the number of tourists that visit annually. There are more than 25 million people per year and this number continues to grow. Bangkok is full of contrasts and it’s a city that never sleeps. Most tourists leave good reviews about this city: “Bangkok is a magical place. It’s a unique combination of crazy city life and Buddhist calmness. We’ve been there 5 times and will come back again.” Vienna is one of the biggest cities in Europe and it tops the lists of the cities with the best quality of life. The capital of Austria is a calm, majestic, and an incredibly cozy place.

Vienna is like a huge museum where every street is filled with history. This comparison arises from the fact that Vienna is full of museums: the Museum of Art History, the Albertina Gallery, the Leopold Museum, and the Belvedere Museum. And one visit isn’t enough to go see them all, so people come back to this city. Singapore is extremely popular among tourists even though it’s a pretty pricey city. About 15 million people visited it last year.

Despite being located not far away from the sea, Singapore is not a resort laden city. Futuristic skyscrapers built in accordance with the rules of Feng Shui, perfectly clean parks, the world’s largest Ferris wheel, and weekly festivals are the reasons why tourists never get tired of visiting this city. In the past, Florence was the cultural center of Europe and became the “cradle of the Renaissance.” Leonardo da Vinci, Michelangelo, Dante, Galileo, and dozens of other remarkable people lived and worked here, so the air in this city is filled with a special atmosphere.

The capital of Tuscany is by no means a mainstream place, even though 5 million people visit it every year. And it’s no wonder: the city full of world-famous masterpieces and it’s simply impossible to see everything at once. New York is the main focus of our favorite films and TV shows like Friends and Sex and the City. This is one of the reasons why visiting “The Big Apple” is a dream for many people, and more than 13 million foreign tourists fulfill this dream annually.

Carrie Bradshaw joked that people who live in New York would even come to a party for the opening of an envelope, if champagne was served there. And there is something special about this attitude toward life, so people return to this place to experience it again and again. The jury of the World Travel Awards called Lisbon the best place for tourism in Europe in 2019. The city has received the same award 4 times in the past 10 years. But, despite all the awards, the city isn’t filled with crowds: Lisbon is probably the last capital in Western Europe where mass tourism isn’t so widespread.

But this is not the only reason to visit the capital of Portugal. Ocean air, streets paved with white sandstone, stunning architecture, yellow trams, and, of course, the happy residents — this all acts as a magnet for tourists. When tourists plan their trip to France, they often forget about Lyon. But it’s considered the capital of gastronomy. Besides, according to research, this city is the most attractive place for life in France.

Lyon is perfect for both romantic and family trips. It’s full of historical monuments, cozy streets, and restaurants that are impossible to visit all at one time.

A list of places where tourists don’t want to return

Paradoxically, most of these places are very popular, but ironically that’s what kills the authenticity and unique atmosphere there. These wonderful destinations attract more tourists than is possible for a comfortable trip. Paris doesn’t need to be advertised. It’s a great city with numerous tourist attractions and thousands of travelers always around them. This is the main disadvantage of this city since we all want to be the only ones to enjoy the atmosphere of these narrow streets.

Many tourists agree and put “the city of love” in first place on the list of the most disappointing places. And we couldn’t agree more: the relatively small capital attracts 16 million tourists every year. This is almost the same number of tourists that come to London, but Paris is 15 times smaller. We included the capital of India into our list for a few different reasons. This city is unique, but it doesn’t suit the demands of an average tourist. So people rarely fall in love with it at first sight.

Many travelers note that Deli is a dirty, overcrowded, and sometimes even dangerous place. And it’s women who have to be the most careful. The Ministry of Foreign Affairs recommends not leaving your hotel at night and not using the services of illegal taxi drivers. 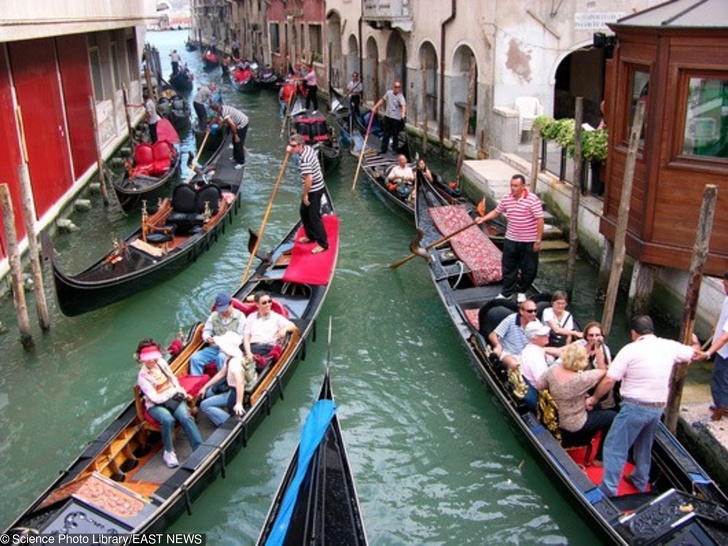 Venice is so overcrowded with tourists that experts believe that by 2030, there will be no locals living there. A one-day trip to this city is included in many package tours, so you’re likely to come across crowds of tourists near popular attractions, be amazed by incredibly high prices, and meet dissatisfied residents. Bhutan doesn’t want to repeat the fate of Venice, so it implemented a policy of “moderate tourism.” Bhutan depends on tourists, but tries to protect the unique Himalayan nature at any cost.

This policy influences travelers who often get confused because this country may seem pretty closed at first. Tourists can only get into Bhutan as part of an organized tourist group and they must hire a local guide. So the trip will cost a lot, but, in the end, may not bring the expected pleasure. A small island in the south of Greece is loved by tourists, thanks to its sunsets. Well, now we can only take a picture of it over the heads of other tourists. Santorini is filled with people: more than 5 million tourists come there every year and that is way too much for such a tiny island.

The major part of the tourists arrives on the passing cruise liners. So the local government had to limit the number of ships that are allowed to visit the island. The infrastructure and the size of Santorini don’t allow it to accommodate too many tourists at once.

One of the episodes of Game of Throne was filmed there and that alone made the city even more popular. UNESCO even recommended limiting the number of visitors to 4,000 people per day. But cruise lines still make it into the city too often and bring a lot of tourists with them. Locals often complain that “Barcelona is tired of tourism.” The city is a part of many tourist routes and many people visit it for one day without any clear purpose. The large number of tourists make walking on the streets unpleasant and prevent people from enjoying their vacation.

Barcelona is smaller than other European capitals and many tourist attractions like Sagrada Familia and Park Guell are located in densely populated areas, where it’s impossible to not bump into a tourist group.

Bonus: Unusual places that are worth visiting

These places are loved by travelers and can replace a trip to the more popular Venice or Dubrovnik. As a bonus, they aren’t overcrowded with tourists and have managed to preserve their authenticity. 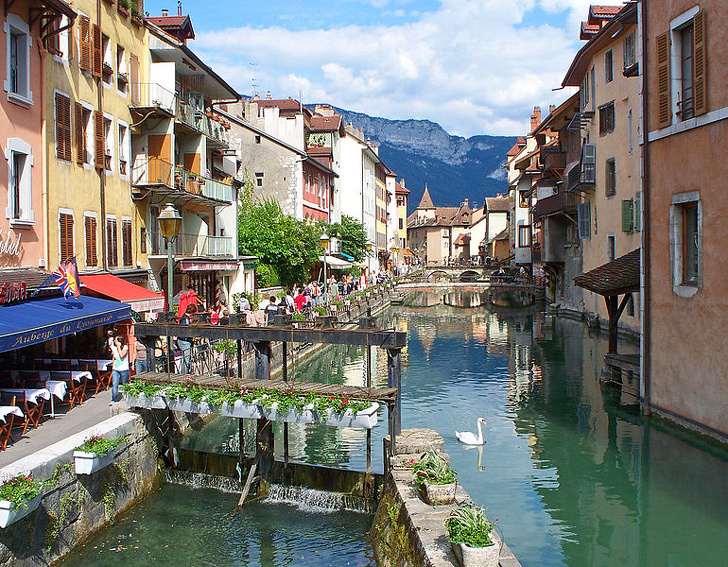 Annecy is a called a Savoy Venice thanks to the cobbled streets and canals going through the entire city. The opportunity to walk the medieval streets near the foothills of the Alps and enjoy the city canals without bumping into tourists make Annecy’s visitors think: “I will come here again.” This is definitely not the most visited place and this is its advantage. There are no crowds, no high prices, and no long lines. Locals haven’t gotten tired of tourists and are happy to accommodate them. Ohrid and the lake that is located near it are included on the UNESCO Heritage List.

In this town, you can find all the things you expect from the Balkans, but much cheaper. Apparently, people who’ve discovered this treasure end up coming here again and again.

Do you travel a lot? Could you add something to our lists?