Nowadays the tourist season is open all year round. In summer people can have a vacation at Mediterranean resorts, in winter they can go to Thailand or Bali to warm their bones. That’s why learning the rules and regulations tourists might encounter in a certain country can be very useful.

We at The Elite Indian learned that the list of restrictions for travelers has increased again and we recommend that you learn the new rules in order to not spoil your long-awaited trip. You’ll now have to look for the representatives of the travel agency by yourself in Istanbul Airport. These people usually collect tourists who booked a tour with their agency and transfer them to the hotel. In airports, they hold “meet and greet’ signs with the name of the agency or hotel. Earlier they were meeting tourists right after they got through customs.

This scheme stopped working on the 1st of January, 2020. From now on, the representatives of the tourist industry can no longer be in this zone or hold signs with the name of their company or the name of the tourist written on them. These actions are considered to be illegal advertising now.

Now it’s only relatives and friends of travelers who are allowed to get to the meeting zone of the Istanbul airport. Travel agents are using their creative skills to the fullest: they pretend to be ordinary people, but wear T-shirts with the company’s logo or inform their clients in advance that they will be holding a paper folder of a certain color in their hands. Despite all these tricks, the process of collecting tourists now takes about 1.5-2 hours.

6. Tickets to the famous St. Mark’s Basilica in Venice might not suffice for all. Venice came up with a plan on how to regulate the flow of tourists who like to roam around the square where St. Mark’s Basilica is located. Today it is one of the most popular sights in Italy, which literally drowns in the flow of tourists. Every day San Marco is visited by 15,000 people.

In order to preserve the unique historical heritage, they are trying to arrange access to the square and the cathedral by ticket only. Tourists will be offered 2 options starting from April 2020: to pay for the entrance ticket online and choose the date of the visit or try to get a free ticket at a city terminal. In the latter case, no one guarantees you’ll be able to see the sight — the daytime number of visits will be strictly limited in high season.

And yes, swimming in the canals is still prohibited here. The fine is several hundred euro.

5. You’ll need to use baskets or fabric bags in Thailand. The complete ban of plastic is planned to begin working in 2021 in Thailand. However, starting from the year 2020, this country has already prohibited major stores from providing their customers with single-use plastic bags.

At first, the local people were dissatisfied with this innovation and even switched on to trolling mode: they would use every possible thing to carry their purchases like wicker baskets, buckets, and baby bathtubs. Tourists who were not used to the novelty also joined the flash mob that got spread over social media. 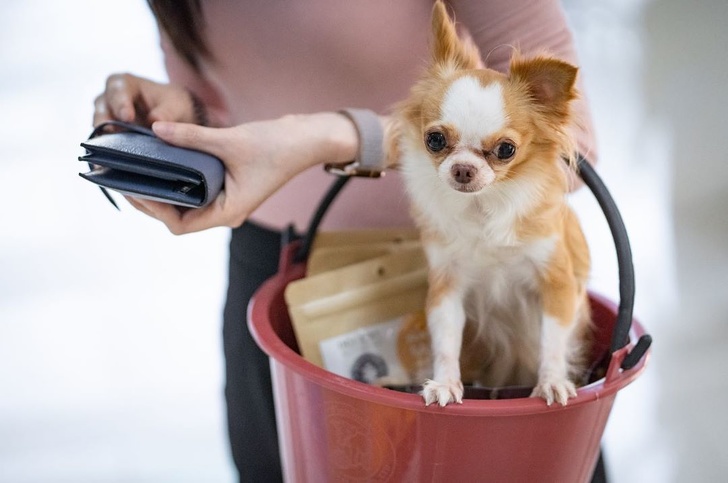 But the decision has already been made and people will have to forget about single-use plastic bags. Tourists have several options to adjust to the new regulations: get themselves a fabric bag or use remote services like having food or products delivered to the hotel.

4. You won’t be allowed to take an apple or a cucumber to Europe. Starting from the 14th of December 2019, new sanitary and phytosanitary requirements started to apply in EU countries. From now on, importing fruits, berries, and vegetables to Italy, Finland, Greece, and other EU countries is only possible with a special certificate. The reason is the fight against the spread of plant pests.

Saplings, cut branches, seeds, tubers, and plant cuttings will be seized from tourists. Every entrance port to countries (from customs posts on roads to checkpoints at seaports and international airports) will provide the necessary control. Even an apple taken as a snack will be seized (as an option they might ask to eat it quickly at customs).

The good news is that deep-frozen fruits and canned vegetables are not on the list of the new regulations.

3. Spending a night in Amsterdam will be more expensive. Now, we’ll have to save a little bit more money to visit Amsterdam because starting on January 1, 2020 the city introduced a new tax for tourists. This is how authorities are trying to struggle with the huge flow of travelers. Every year Amsterdam, where a little over one million people live, welcomes more than 17 million tourists.

From now on, everyone who wants to visit the city will have to pay an additional €3 per night, which is an addition to the existing charge of 7% of the room rate (it’s 10% when booking via Airbnb).

This not the city’s first attempt to regulate its number of tourists. In December 2018, the famous “I Amsterdam” sign in front of the Rijksmuseum was demolished. It was a favorite pilgrimage spot for fans of photos with a cool backdrop. More than 6,000 selfies used to be taken there every day. In 2020, Germany plans to introduce an ecological tax for air flights. The fee for domestic flights to European destinations will increase significantly and will become €13.03 instead of the previous €7.5. This means tickets for €10—15, that were loved by all tourists, will disappear.

They want to direct the tax revenues from this to the development of rail transportation. Thus, it is expected that traveling on high-speed trains in Germany will be cheaper by about 10%.

France is also getting ready for similar innovations in 2020. The Netherlands has announced the increase in aviation tax starting in 2021.

1. You’ll have to wait longer while checking-in to Turkish hotels. Turkish authorities promise to start strictly controlling the enforcement of a law regarding the protection of personal data. The law came into effect in 2016 and prohibited hotel workers from making photocopies of guests’ passports, or asking them for a bank card or mobile phone number.

Earlier, hotels successfully ignored this prohibition during high-season to check tourists in as fast as possible. It was much easier to make copies and scans of ID documents and fill in the necessary check-in forms later. Now the hotels can face serious fines for not complying with the law. This law is in effect because scamming cases connected with using someone’s personal data have increased in the country.

This means that the process of checking-in visitors will take more time, especially in budget 3- and 4-star hotels, many of which have several hundred rooms. Usually, these hotels check-in tourist groups consisting of 20-25 people at a time.

Therefore, from now on tourists will have to wait for the key to their hotel room with patience and understanding.

What difficult situations did you get into while traveling abroad? Have you ever had to ditch an apple at the border?