Tomatoes are associated with a compound called lycopene, which has numerous health benefits. In fact, any red vegetable or fruit contains some lycopene, a substance that gives them their bright red color. But tomatoes do come with more lycopene than other vegetables, with the average tomato containing around 2-3 grams.

Interestingly, tomato juice contains significantly more lycopene than raw tomatoes. We investigated how lycopene and its properties can affect the human body, and the results are quite unexpected in some cases.

Tomatoes Can Protect Your Skin According to this study, tomatoes can help protect against harmful UV rays and reduce the risk of sunburn. Researchers believe this is due to the high concentration of carotenoids, which is a component of lycopene.

However, scientists have also pointed out that we cannot replace sunscreens just by eating tomatoes. In addition to this health benefit, some evidence indicates that tomatoes have anti-aging properties.

Tomatoes Are Good For Your Heart Lycopene is an antioxidant that can protect the cells in your body from oxidation. Some studies suggest that people who consume lycopene have a lower risk of heart disease, diabetes, and stroke.

Lycopene may also play a role in lowering “bad” cholesterol levels, as well as lowering blood pressure. As a result, your chances of heart disease may also decrease. Additionally, tomatoes are also a rich source of other vitamins and nutrients such as vitamins B, E, and flavonoids, which can improve heart health.

Tomatoes Can Improve Your Vision In addition to lycopene, tomatoes contain other nutrients like lutein and beta-carotene, that are good for your eyes. Research suggests that these nutrients protect the eyes from conditions such as cataracts, while also supporting overall eye health.

Tomatoes also contain substances, particularly zeaxanthin and lutein, that are beneficial in protecting eyesight from the blue light emitted by digital devices such as smartphones. They may also play a role in reducing eyestrain headaches.

They Can Boost Your Immune System By supplying your body with lycopene, which acts as an antioxidant, you can reduce molecules called free radicals that can damage your cells and weaken your immune system. Therefore, foods rich in this substance, such as tomatoes, can reduce the risk of lung, prostate, or stomach cancer.

Tomatoes Can Strengthen Your Bones 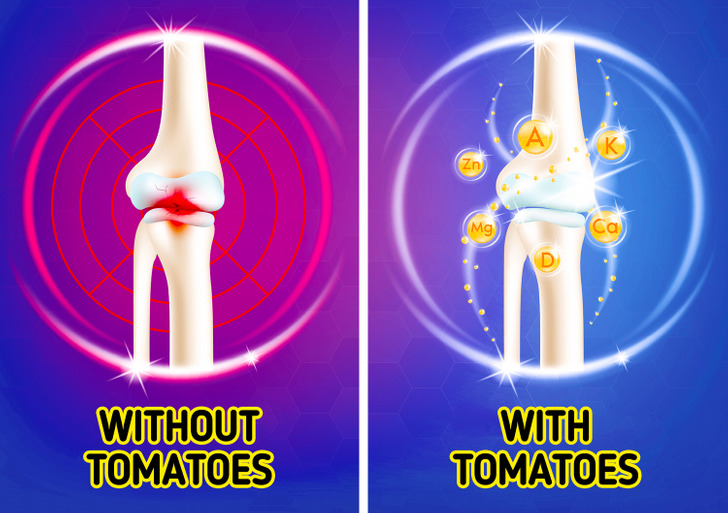 Tomatoes can promote the health of your bones. They are a good source of bone-strengthening substances, such as vitamin K and calcium, which can not only keep bones in good condition but also help repair bone tissue.

Also, despite the myth that tomatoes can worsen osteoarthritis, there is no evidence to support this claim.

They May Boost Your Mood 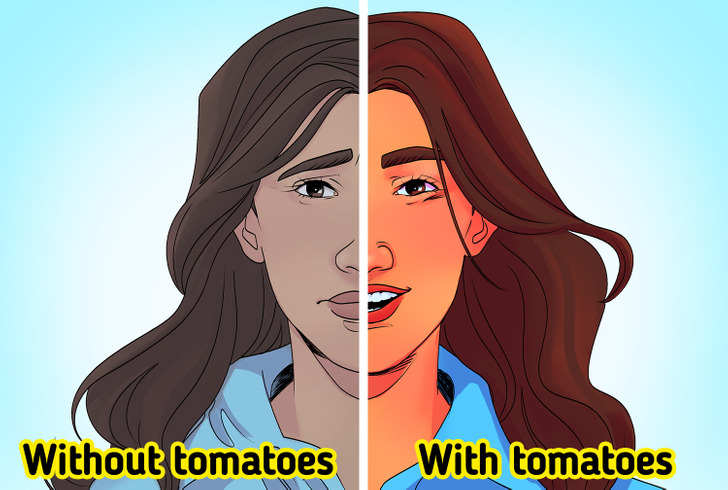 Most healthy foods, including tomatoes, are rich in minerals like copper, zinc, and manganese. Among other health benefits, they can positively affect brain function and mood. So whether you’re feeling blue or just tired, you can count on minerals to lift your mood.

Are tomatoes a regular ingredient in your diet? And do you prefer tomato sauce or raw tomatoes?