Marriage is a blissful union that involves having each other’s back, in sickness and in health, until someone forgets to replace the toilet paper roll or when your partner is 3 episodes ahead of you in Game of Thrones. The couples who find quirks and humor amidst the bumps of married life are most likely the ones to stay the course. There’s even a study that confirms it, along with the people who made it to our compilation below.

Here are some hilarious tweets, put together by The Elite Indian, that paint the perfect picture of the irony of marital bliss.

Newlyweds: “I love resting my head on your chest and hearing your heart beat as I drift off to sleep.”

Married 15 years: “I recorded you snoring so you can hear how fucking loud it is.”

Couples have an amount they can spend up to without discussing with each other. Mine is around $50. My wife's is around $643.27. Apparently

Sorry. I was late because I had to find all the things that were in plain sight for my husband.

“Never have I been so mad at my wife before.” My husband is home sick from work today and it's like having one thousand babies.

Marriage is just texting each other "Do we need anything from the grocery store?" a bunch of times until one of you dies.

I love when I leave work early to surprise my wife at home and she greets me with those three very special words… Were you fired??

Relationship status: My wife asked me what I wanted for dinner and then told me I was wrong.

Marriage teaches you a lot about yourself. For instance, I've learned that I don't need to use so many paper towels, and they're expensive.

WIFE: He treats our marriage like it's a talk show
THERAPIST: Is this true?
ME: *turns and winks at camera* We'll find out after the break

“My girlfriend is always complaining about the toilet seat. Today I came home to this:” 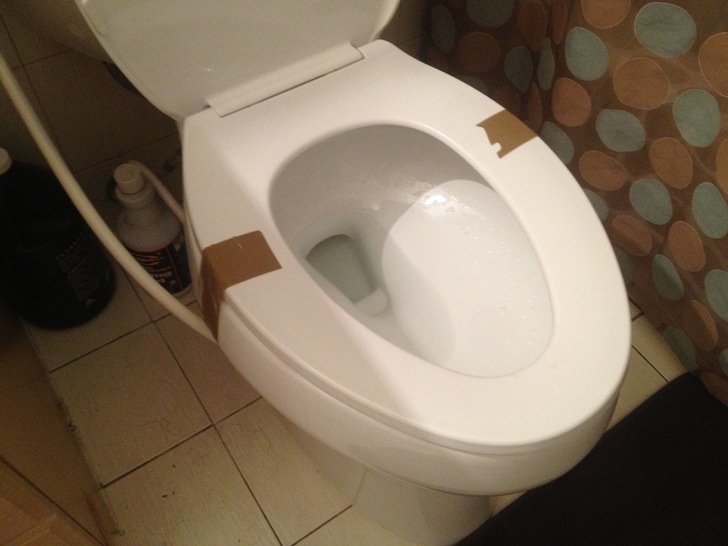 Marriage is like coffee. First it's really hot. Then it's just right. Then it helps you get off your ass and do things.

I don't understand how God can have Ten Commandments for the whole world, and my wife can have 152 just for our house.

I'm at the level of marriage where "getting lucky tonight" just means we're having tacos for dinner.

#FridayNights Me: "Are we going out?" Her: "I don't know, what do you want to do" until we fall asleep on the couch #MarriedPeopleIssues

Marriage is essentially two people taking turns pushing down the top of the kitchen garbage so they don't have to take it out.

"So. When did you break the toaster?!"

Claiming your child as yours when he does all the good things. When he does something awful suddenly it's "your son"…#MarriedPeopleIssues

That moment when you look at the love of your life and think "I'd really like to punch you in the face right now!" #MarriedPeopleIssues

There apparently is a wrong way to stack ice cube trays in the freezer. #MarriedPeopleIssues

My husband changes the channel then leaves the room #marriedpeopleproblems

How am I supposed to sleep in bed alone? Where the hell do my arms go? #MarriedPeopleProblems

Successful marriages are ones where spouses balance each other out, like yin and yang.

Take mine for example, I’m always right, and my husband is always wrong. Balance.

What marital issues did we miss out on mentioning above? Feel free to share them with us in the comment box below.