“If there’s a cat in your house, it’s already dominated you.” Every pet owner who has to share their house with this fluffy, purring, stubborn, and unpredictable animal can relate to this quote. Internet users decided to post pictures and stories about their lives with their favorite cats and they will definitely not leave you indifferent.

We at The Elite Indian couldn’t ignore these cats who are masters at setting new boundaries with their families every day.

“My cat always got mad when I was taking a bath because he was afraid that I might drown. So I solved his problem: I put a chair near the bathtub and now he’s the guard.” “My cat took out a piece of my miniblinds and brought it to me.” It seemed like my cat was dying. He wasn’t drinking or eating. All he did was sleep and hide. So I took him to the vet today and the vet said: “The cat is healthy. It just looks like he’s depressed because he got into a fight and lost.” “He doesn’t want to play with a toy if I’m holding it. He wants to hold it himself. He also likes to play with those laser lights, but they won’t work for him so he breaks them.” It’s better to not offend your beloved pets.

“We have to use tape to keep the cabinet closed and not let her get to the treats!” “Our cat doesn’t want to accept the fact that he’s not our baby.” “He thinks that I spent my day making a bed for him.” That uncomfortable moment when you see your girlfriend and your cat sleeping together, but you’re no longer sure that she has enough oxygen to breathe. “My cats have reached an impasse. 2 stubborn donkeys both want to walk through that door. I wonder who will give up first.” “I often do outpatient therapy meetings in clients’ homes. So I had this one family a long time ago and I usually wore my long hair in a ponytail, but would have to stuff it up in a hat when I visited them, because their cat would jump on my head.” When your pet decides to move without giving you any notice: “She shut down my whole computer by just sitting on it.” “He jumped into the laundry hamper and then he complained because he couldn’t get out.” “I was trying to get a funny picture of both of us yawning at the same time, but my cat stuck his paw in my open mouth. Thanks, Chester!” “Every time I get the ladder out, my cat wants to play king of the hill.” “He would come to the door and beg to come in, and whenever I opened it, he would run off and pretend that nothing happened.” “His brother was already in the laundry basket, but that didn’t stop him.” My cat sits in front of the TV every day and it’s started to get pretty annoying. “He aggressively makes sure we’re not getting anything done. He also bites at the first sign of removal from his designated spot.” “He is sitting right on top of a box of cupcakes.” “We tried to celebrate his adoption anniversary. He wasn’t in the mood.” “He takes away all the stuff that gets more attention than him.” “We’ve been together for 12 years and he still fears for my life every time I take a bath.” 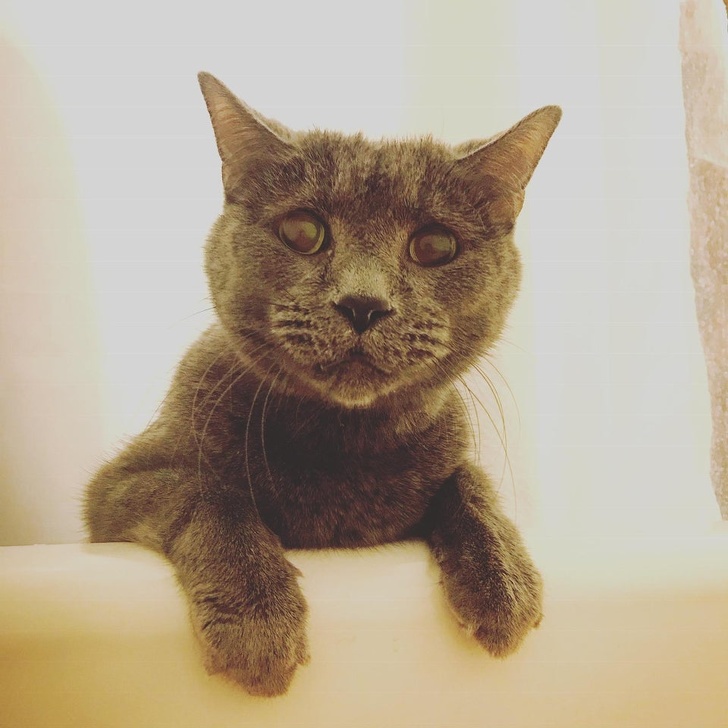 Bonus: A cat couldn’t get inside his own house, so he activated the video doorbell. Share pictures of your pets, who are sure that they’re the masters of the house!

8 Things Happen to Your Body If You Eat 4 Cashews...