Everyone knows the basic rules of how to behave in restaurants: don’t speak with your mouth full, use the right cutlery, don’t sit in the aisle. Most people follow these rules. But there are also some local customs that can confuse even the most experienced travelers.

Of course, it’s impossible to be ready for everything and learn all the etiquette rules of other countries. This is why locals forgive a lot of the mistakes that tourists make. But we at The Elite Indian still think that the people that don’t want to look rude have to follow all the rules as carefully as possible.

20. When in Italy, don’t order soup in summer and don’t drink a latte after lunch. If you go to Italy in summer, don’t even try to find soup on the menus of restaurants and cafes. There, it is considered to be a winter meal, so many places just take it off the menu in the summer.

And in a classic Italian cafe, you might not hear someone ask for an espresso. For some locals, this is kind of like a technical term. You will probably hear them ask for “un caffé,” after which they will be given an espresso. In the morning, Italians sometimes opt for a cappuccino or a latte. If you order a latte after lunch, you will definitely look weird. They believe that it is not very healthy to drink milk after a meal.

By the way, because of the way their coffee shops are set up, Italians drink it standing. It’s meant to be a quick stop, maybe with a quick conversation with a friend and a small bite to eat, and then they go on their way. Even in restaurants, they don’t start serving tables until after 9 p.m. And if you walk in and eat while in a hurry and trying to make it somewhere on time, the Spanish will be confused. They usually don’t rush anywhere.

Also, in Spain, when they go to a cafe in a group, they all split the bill equally.

18. In Greece, do not apologize if you’ve spilled something on the tablecloth. There is nothing bad about wine or food stains on a tablecloth in Greece. Because they are always very relaxed at the table, the host might even put a stain on the cloth on purpose just to show you that it is not a big deal.

And one more thing: don’t just take one serving. It is better to take several. Usually, they order food for everyone at the table and then the participants take as much as they want. There may even be no menu, you can just choose from what was cooked on a certain day.

17. Never show the soles of your shoes to the visitors of Turkish cafes. In both restaurants and cafes in Turkey, it is considered to be rude to sit so that others can see the soles of your shoes. You walk on these soles on the ground and this is the dirtiest spot on your body.

Also, the more you eat, the happier the host will be. They will keep on bringing new foods for as long as you eat.

Finally, in Turkey, they say, “Bon appetit!” at the end of the meal. Even if you are never going to go to a cafe or a restaurant with a local woman, you should still know this: in Germany, they always prefer “going Dutch.”

And never, never, ever criticize beer in Germany. It is a sacred drink for Germans. They love it and respect it and so should you. Yes, the French are very communicative people, but sometimes they just want to be alone and enjoy their food. Sometimes, going to a cafe is not just for eating, it is a ritual. And it is better to not mess with it, if you are not 100% sure you know all the rules.

And there are a lot of food-related rules here. The most important thing is the schedule. Breakfast is at 7:30 am, lunch is at 1 pm, and dinner is after 7 pm. If you come to a cafe a bit earlier, you will get nothing but a coffee and a croissant.

By the way, the French don’t cut bread, they just break it. You should eat it correctly — by pulling off small pieces.

14. Don’t be afraid to do some self-service in Swedish cafes. When you go into a cafe, don’t expect the waiter to come to you: you should place your order and pay for it at the counter, because, there, they love the idea of self-service.

It is interesting that in Swedish restaurants, once you pay the bill, you can get another serving for free.

13. When in Norway, don’t order more than one serving of food for breakfast. This is especially true for small Norwegian towns — when you go to local restaurants and cafes for breakfast, you should know that in the morning, they might serve very big meals. If you are not used to eating a lot of food in the morning, it is better to order one meal for 2 or even 3 people.

12. Don’t pass foods with one hand in Thailand There are a lot of traditions in Thailand, just like in any other Asian country. And it is not always easy for Europeans to understand them. So, it is rude to take and pass food with one hand (especially the left one). It is better to take meals with both hands. In fact, use both hands in all cases — this is the safest option.

Also, wash your hands properly before a meal. They don’t offer forks in traditional cafes. As an alternative, you can hold a spoon in your right hand and eat rice.

11. Don’t just sit at the table in Chinese cafes and do nothing. In China and Korea, it is considered to be rude to ask others to pass something to you. Eating there is a very active process where everyone reaches for food. And it is better to always offer foods to other people and then take something for yourself. Also, don’t say no when someone offers something to you or puts something right on your plate.

Never touch the whole fish. If you turn it on the plate, especially in fisherman villages, you may be asking for trouble.

And remember about chopsticks. Just like in Japan, sticking them in foods and passing foods with chopsticks is rude. All these things have to do with the funeral process, so avoid these actions.

10. Don’t expect every friendly person beside you in American cafes to become your friend. The art of small talk is very well-developed in the US. In just a few hours in a cafe, while sitting at the same table with you, a local person will tell you everything about their family and work, they’ll ask you about your life, and then they’ll say, “Good luck” and leave your life forever.

Also, don’t forget to leave tips. Even if the service wasn’t good enough. The general rule is “double the tax” which is twice the amount of the tax.

And remember the famous American laws. In Indiana, until recently, it was illegal to eat watermelons in parks, and in Georgia, a man almost got arrested for eating fried chicken with a fork.

9. Don’t touch food with your left hand in Nepal. Just like in Bangladesh, Indonesia, and Malaysia, in Nepal, many meals can only be eaten with the right hand. The left hand is used for some unpleasant procedures. In fact, try to use your left hand as little as possible in Nepal.

This is why left-handers are very rare in Asia. They are taught to use their right hands in school. It is believed that 10-12% of the European population is left-handed, and in Asia — it’s only 2-5%.

8. Don’t be afraid to be late for dinner in Tanzania. If you were invited to a cafe or a restaurant, never come on time. The local custom says that if you respect a person, you should come 15-20 minutes late. It is better to wear some loose clothes that are comfortable. The people in Tanzania usually eat sitting on the floor.

Also, in traditional cafes, men are not allowed to eat together with women and they can’t go into the kitchen. After the meal, they wash their hands in the same bowl that they pass around the circle to each other.

7. Don’t ask people to pour you a full cup of tea when you are in a cafe in Kazakhstan. Guests that are welcome never get more than half a cup of tea. This is how the host shows you their hospitality and suggests you spend more time together by drinking the tea slowly. If they pour you a full cup of tea, this is a hint that you should leave.

The people from Kazakhstan drink tea about 6 times per day. They only drink it hot because they think that cold drinks may get you ill.

6. Never put down a fork in Chile. And also, Chileans are really punctual. They serve dinner at exactly 8 p.m., no earlier. People might look sideways at you if you clink beer glasses with your friends. And it is not that Hungarians don’t like loud sounds. It is just that the locals still remember that in the 19th century, the Austrians celebrated their victory over the Hungarians with beer. Since then, they don’t clink beer glasses.

4. Never leave your glass full in a traditional Georgian cafe. If you are in a Georgian cafe or restaurant during their national holiday, remember — they drink wine only during a toast and they drink the entire glass. There should not be a glass with wine on the table. It is considered to be disrespectful to others. Don’t worry: it is hard to get drunk this way. The wine is only served in small glasses.

3. When in Mexico, never eat tacos with a fork and a knife. 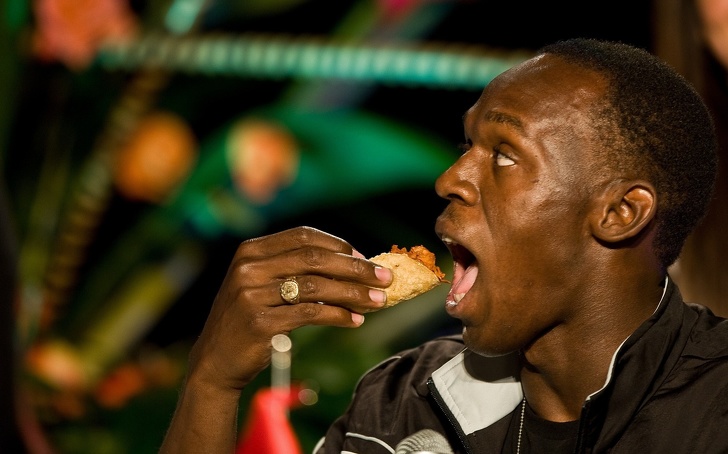 If you are worried about staining your shirt with fresh salsa and beans, think about this: you may keep your clothes clean, but you’ll look very rude to the locals. Mexicans believe that eating tacos with a fork and a knife is silly and arrogant — it would be the same as eating a hamburger with cutlery.

2. In the Middle East, don’t forget to shake your cup when you finish drinking coffee. Otherwise, they will add more coffee to your cup. They follow their ancient traditions and customs. Bedouins offer coffee to their guests. The drink is a symbol of mutual respect between the guest and the host. So, you can drink it non-stop. In order to indicate that you’ve had enough, just shake the cup several times with your wrist. And if you wave with your entire arm, it will mean that you want more coffee.

1. Don’t leave your green token on the table in national Brazilian restaurants. Churrascaria is a traditional Brazilian steakhouse where you pay for your entrance and eat as much as you want. A waiter gives you 2 tokens — green and red. The green one says you can be served the foods and if you can’t eat anymore, you put the red token on the table and the waiters with new foods don’t come to you.

Which of these customs did you know about before you read this article? Maybe you know some other weird etiquette rules?