Sometimes we like some movies so much that right after we finish watching them, we want to learn as many details about them as possible. We are interested in things about the shooting process, the acting and directing, and other things that are connected with the creative process. The things we see on the screen are the final “polished” product and many interesting moments are left outside of the attention of the audience.

We at The Elite Indian love learning unexpected things about our favorite movies but even we were surprised by the details we learned while writing this article. 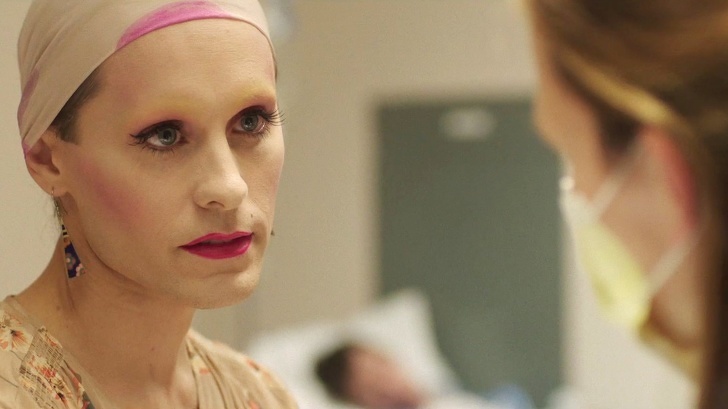 The script of Dallas Buyers Club sat around for 20 years before being made into a movie. It was started and canceled 137 times.

The budget of the film was really small — it was less than $6 million, this is why makeup artists had only $250 at their disposal. In order to do their jobs well, they had to used charcoal and they ended up winning the Oscar for Best Makeup. Also, the film earned more than $55 million. When she was working on Bradley Cooper’s A Star Is Born, Lady Gaga admitted that she was basically portraying herself — a talented singer that few people believed would succeed. In an interview, she said, “The difference between my character and me is that I did all I could to become a singer and I was ready for action. I took my keyboard with me all around New York and I knocked on every door. I really believed in me.” Also, the singer said that her childhood memories really helped her on the set, “In school, people laughed at my dreams and these memories helped me play my role better.”

By the way, Gaga didn’t wear any makeup for almost the entire film. It is believed that Cooper removed all her makeup during her first audition. It was done in order to make her look not confident about her talent and her appearance.

3. Once Upon a Time in Hollywood In order to make Leonardo DiCaprio look convincing in the role of an action movie star, Tarantino had to make sure the actor followed a strict diet under the supervision of professionals. According to the crew, DiCaprio had to stop eating the pasta he loves so much, desserts, and almost anything that contained sugar. His personal coach made sure that he did several hundred of push-ups every day. The star of Titanic had a hard time preparing for this role.

Also, Tarantino is always very serious about actors sticking to the original script carefully. But still, there are 2 times where the actors improvised. DiCaprio’s character forgot his lines during the shooting of a film and had a nervous breakdown. So, the breakdown was totally improvised. Pitt improvised one of the film’s most memorable lines in which Cliff Booth tells Rick “You’re Rick … Dalton. Don’t you forget that.” Pitt was inspired by someone saying the same thing to him early on in his career. In order to be able to portray the emotional state of his character, Joaquin Phoenix learned to laugh in many different ways: from giggling and sobbing to very loud hysterical laughter. Before that, the actor watched a lot of recordings of people that suffered from episodes of uncontrollable laughter.

By the way, all the actors that played the Joker before — Jack Nicholson, Heath Ledger, and Jared Leto all have Oscars. And now, so does Joaquin Phoenix. The legendary Martin Scorsese has been trying to shoot The Irishman for 10 years, but he just couldn’t seem to make it happen with any studio. The producers either wanted to cut down the budget or the duration. In the end, the director signed a contract with Netflix which gave him everything he wanted. The Irishman cost $159 million and the runtime is more than 3 hours.

The film was nominated for Best Film, but didn’t win the award. Taron Egerton played the main part in the film about Elton John and the casting choice was reasonable. The thing is, the actor sings really well and sir Elton John knew about that. More than that, when Taron was trying to enter the Royal Academy of Dramatic Art, he sang one of Elton’s songs. Later, when Egerton got the role, the famous musician invited him to hang out, showed him his costumes and memoirs, and told him a lot of things about his life.

Also, the makeup artist that worked on the film convinced Egerton to shave his hair in the front to imitate the star’s bald spots. When the first photos of the actor in the role appeared online, Elton John said that he thought he was looking at himself in the photos. Jim Jarmusch’s drama about vampires won people’s hearts with its special atmosphere and interesting characters. So, it turned out that all the actors that played vampires were wearing special wigs where human hair was mixed with yak and goat fur. Makeup artists decided to use these unusual materials in order to make the characters look more wild. Rami Malek did a great job portraying Freddie Mercury, but he admitted that he was never a Queen fan and he didn’t really know their songs. But after the shooting, he loved Mercury’s work so much that he became a true fan.

Malek had to wear special tooth prosthetics in order to look more like the musician. And after the shooting, he kept the teeth as a souvenir.

9. Guardians of the Galaxy After the shooting process of Guardians of the Galaxy, Chris Pratt stole his Star-Lord costume for a very kind reason. In one of the interviews, the actor admitted that he did it in order to be able to visit ill children dressed as Star-Lord. “I want to follow the example of other actors and visit children. This is a great opportunity. I think it makes the film really special.”

10. The Theory of Everything

Before working on The Theory of Everything, about Stephen Hawking, Eddie Redmayne met the famous scientist only once. For 4 months, the actor worked with a dance teacher in order to learn to control his body better and also visited 40 people that suffered from amyotrophic lateral sclerosis. During the shooting and in between the takes, Redmayne remained motionless and rounded his back, and he ended up with curvature of the spine afterward. He was really obsessed with the role and loved it.

And all his effort wasn’t for nothing. After Stephen Hawking saw the film, he sent the director an e-mail where he said that he loved Eddie’s acting. He also said that at times, he felt as if he was watching himself on the screen. It turns out that NASA shows Armageddon as part of the preparation for its employees. While watching the film, the future managers of the company are supposed to find as many mistakes as they can. According to some information, at this point, there are 168 mistakes. The biggest mistake is that NASA would never let non-professionals go into space because the risk is too great. In Elizabeth: The Golden Age, when Queen Elizabeth arrives at St. Paul’s Cathedral, it is still being built. In fact, when the movie was being shot, the cathedral was going through a restoration, so the director decided to use this and gave the workers costumes and tools for stone cutting. So, the workers in the movie are real masons and builders. At the end of the shooting process for The Imitation Game, Benedict Cumberbatch was so obsessed with his character — legendary mathematician Alan Turing, that he had a breakdown. He admitted that at some point, he just couldn’t stop crying thinking about the tragic fate of Alan.

As you probably know, Turing was prosecuted in 1952 for homosexual acts and he committed suicide. The director of It Chapter Two didn’t know that Bill Skarsgård, who played Pennywise the Dancing Clown, was actually able to move his eyes in different directions simultaneously. Before the start, he asked Bill what technology they used to achieve the effect in the first film. And then the actor (while already wearing the costume and the makeup) just said, “Oh, you mean this?” and started moving his eyes, which really scared some of his colleagues. Not all the viewers noticed this, but bright red can be seen throughout the entire film: in the decorations, costume details, interior, and lighting. It was done in order to constantly remind us about the message of the main character who wrote on 3 bright red billboards. In the beginning, Viggo Mortensen was not going to play Tony Lip because he thought that a Danish man couldn’t play an Italian in a plausible way. After some convincing, he agreed but he had to gain some weight for the role. When journalists asked him what he did to gain the weight, he said that he needed to stick to the Italian diet: eating a lot of pizza, pasta, and desserts. In the film, there is a scene that shows an unexpected deluge of water in a closed room — this was one of the challenges for the students of the spy academy. According to the director, the shooting of this scene was partially underwater which was probably the most difficult experience in his career. And on the first day, something tragic could have happened: because of a computer mistake, the entire set and the crew were underwater. “Those actors weren’t acting, they were absolutely terrified,” the director said.

Do you like learning about the behind-the-scenes details of films or do you feel like you lose the movie magic this way?