There are no sounds in a vacuum which is why spaceships explode soundlessly. Standing near lava is actually dangerous. And you won’t be able to walk slowly as an explosion takes place in the background — you’d be knocked down by a shock wave. Today, many people know that these are not only movie clichés but they’re also false. However, other movies, not only those based on fictional stories, lie about many other things that are occasionally obvious (or not).

The Elite Indian has looked through dozens of movie clichés using our best critical thinking and we’re eager to explain why we should stop believing them.

1. Cars can withstand anything.

The Fast & Furious movie franchise has been lying to us! Racing cars is incredibly complicated and maintaining the vehicles requires a ton of extra care. Plus, they can’t always ride on ordinary streets due to the wild improvements they have. For example, while racing on city streets, Formula 1 makes sure all sewer manholes are secure and sometimes even welded down, but the pressure under the car’s bottom sometimes breaks them anyway, and then the car is usually not able to continue the race due to damage.

At the same time, ordinary cars are not suitable for spectacularly long jumps because their suspension and tires are not designed to carry such a load and will immediately fail. This is the classic phrase that policemen read to those who get arrested, known as the Miranda rule, where they talk about the detainee’s right to keep silent and their right to get a lawyer. They also warn them that everything they say can be used against them in court. But it’s actually not that simple. First of all, the right to make one phone call after being arrested only exists in the US; in Great Britain, for example, this rule doesn’t even apply. Secondly, the laws in each state regulate this issue differently. In California, for example, a person is allowed to make 3 calls.

3. It’s safe to jump into a garbage bin. Many movies show a hero being chased by someone jumping into a garbage bin from up high, then easily getting out of it without a single injury and running away. However, it’s dangerous to dive into a body of water or even a pile of cotton from such a height, not to mention black bags in which household waste is usually thrown. The bags’ contents could consist of glass bottles, burned out bulbs and other solid, hazardous objects that thin polyethylene couldn’t protect a person from. In real life, Ace Ventura, Neo and many other characters would get injured or at least a little dirty when pulling such stunts.

4. Safe knockouts made with just one punch. In movies, you’ll often see a character sending their opponents into a deep knockout with just one blow. In a couple of minutes, the knocked out person regains consciousness and continues the fight as if nothing happened. Sometimes when the main character needs more time, their enemies may lie unconscious for hours at a time. There are several implausible issues here.

5. Passengers in the back seat sit in the middle. Most people in the back seat of a car prefer to sit behind one of the front seats. But a person watching a movie can get distracted and later confused when they see a driver in the movie talking to someone not visible on camera. That’s why movie characters sitting at the back always choose the seat in the middle. In movies, it’s enough for any teenager to stroke a guitar for a couple of months after school before they start playing like a professional. Moreover, they never play the wrong chords — all the characters sing perfectly and perform in duets after 2-3 rehearsals.

But anyone who’s attended music school or at least sang in the shower knows that this isn’t true. The voice has to be trained and it’s a long process that requires quite a bit of hard work. Playing musical instruments is hard work as well. Movie watchers need to know who’s inside the spacesuit but in real life, astronauts need to look out into space which means any light right near their face would disturb them. The same principle applies when you look out the window at night — you’re likely to turn off the lights in the room to let your eyes get used to seeing in the darkness. Can you recall movies where police officers and FBI agents would try their best to get a criminal talking on the phone in order to win some time as they figured out where they were calling from? It’s required to track the call and catch the villain.

But law enforcement agencies have been able to track any call automatically for quite some time now — all you need to do is pick up the phone. It applies both to mobile phones and landlines.

9. An adult can be lifted up by holding their neck with one hand. It looks awesome on-screen but the weight of an adult person is usually too heavy to be lifted with one hand. Even if someone’s super strength allows it to be done, it would be impossible to keep holding them up because the neck would break under the weight of the body.

10. You can hang on your fingers as long as necessary.

It’s impossible for a simple reason — the fingers won’t withstand your body weight, therefore they will quickly get unclenched and the person would fall. It would happen faster if you held on with just one hand and even more quickly if you were holding someone else with your second hand. All you need to do for this in the movies is melt the metal, pour it in an open stone form, dip it once in water, and go over it several times with a hammer. A sword that is able to cut through any protection is then ready. And in such scenes, they usually show swords made of aluminum because it gives the bright orange color at a relatively low melting point. A real blade that would be capable of withstanding a full battle cannot be made in this form — it must be forged from a pre-processed metal bar. 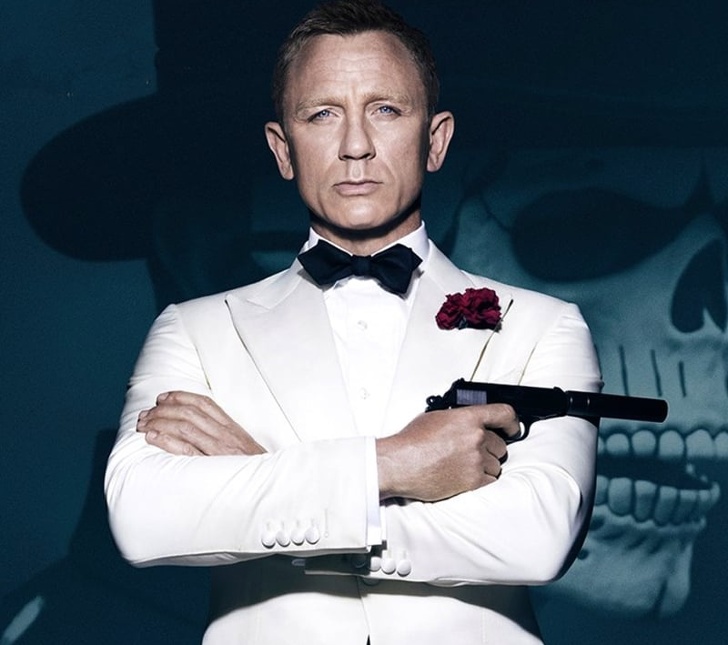 This is, in fact, incredibly dangerous. One of the first rules taught to beginners who are interested in shooting is that your finger should only touch the trigger if you’re actually going to press it. This means it should be there at the very moment you are going to press it and not a moment earlier. But of course, most movie characters who make this mistake are considered weapon experts.

13. The view from binoculars 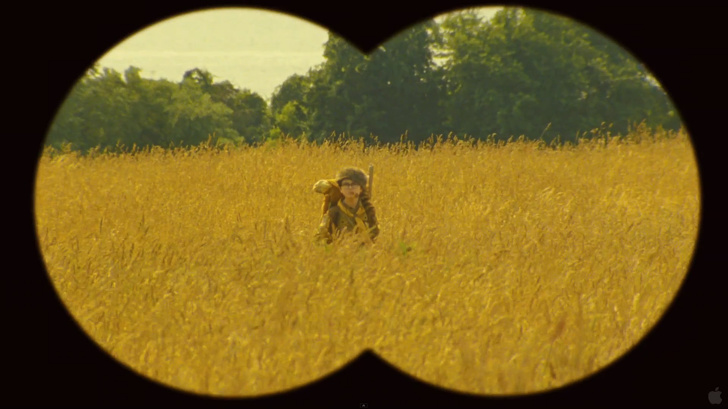 Anyone who has looked through binoculars at least once in their life knows that they don’t limit the field of vision to the tight frame that you see above. This black, tight-fitting costume was invented in a puppet theater.

Real ninjas preferred ordinary clothing that allowed them to blend in with a crowd. For special tasks, they wore costumes in reddish-brown colors and ashen, tawny or dark gray shades that masked them better in the dark.

15. All the main characters are tall. One of Hollywood’s most famous leading men, Tom Cruise, is only 5.57 feet tall. The heights of both James McAvoy and Al Pacino are the same. Daniel Radcliffe is not all that tall either, standing at just 5.41 feet. Hollywood disguises the real heights of actors so skillfully that Robert Downey, Jr., who’s .3 feet shorter than Chris Evans and .45 feet shorter than Chris Hemsworth, often looks as if he’s the same height as they are in the movies.

What movie lies annoy you the most? Share your thoughts with us down below!