Every time you buy a product or a service, you pay for its delivery, advertising, and sometimes for someone’s taxes. A markup of 100% of the initial cost is considered the norm among most retailers, but still, some things have an unreasonably expensive price. For example, ink for printers is one of the most expensive liquids in the world.

The Elite Indian decided to restore justice and find out how much buyers overpay for ordinary goods.

1. Drinks in airports and onboard airplanes According to research, we pay 200-300% more than the usual price for coffee and sandwiches at the airport. When it comes to a cup of tea on board an airplane, the markup increases 1,000 times. Airport retailers know that buyers don’t have a big choice and therefore are ready to pay any amount of money. Experienced travelers buy snacks at a convenience store near their home and carry them to the airport. They also take an empty bottle of water with them to fill it after passing the security checkpoint.

Themed Lego sets like “Star Wars,” “Harry Potter,” “Minecraft,” and others, cost 25% more than usual sets while still having the same amount of details (example #1, example #2). The constructor manufacturer has to pay licensing fees to the copyright holder for the right to use the characters. And this price will be included in the price of the themed set.

In addition, these sets with figurines are always sold at a more expensive price than a simple set of “bricks.” Collectors, in turn, also create a business based on our love for Legos and resell these figurines at auctions, with a markup of up to 800%. Printer manufacturers came up with a unique marketing strategy — they sell their printers for cheap, but then turn around and sell their ink for incredibly high prices. According to some reports, printers for households only bring companies losses, which they compensate for with the help of consumables. Ink for printers is one of the most expensive liquids in the world. Manufacturing toothpaste is not a technologically complicated process. Expensive toothpaste is just the result of correct marketing and it doesn’t perform any miracles on your teeth. Dentists say that there is no need to overpay for a tube of elite hygienic dental product. It’s better to visit your dentist twice a year for your overall professional mouth cleaning. According to surveys, most expensive mattresses are not worth the money that people pay for them. Stores add at least 50% to the price, and the more the mattress costs, the higher the markup is. Economists say that this is a very profitable business and that it is actually much more profitable to sell mattresses than food or clothing. The price of meat in supermarkets usually includes the salary of the workers who prepare the product for sale. It also includes the risks that appear, because meat loses its marketable condition quickly. Moreover, they often add fat and soy to minced meat, that worsen the taste of the dish. 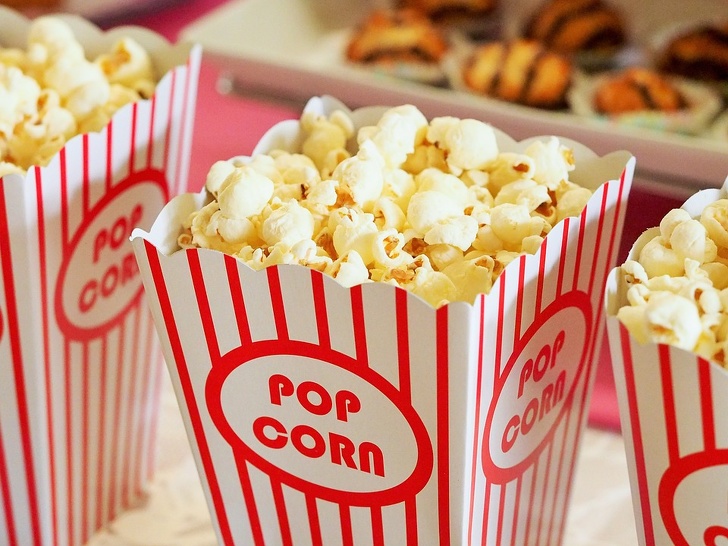 Movie theaters don’t earn money on movies, because the biggest part of their profit goes to the movie companies. In order to not go bankrupt, they have to increase prices for other things like popcorn, soda, and chips. These products bring movie theaters a 40% overall profit. Pistachios can be bravely called new gold, because the price for these nuts keeps growing year by year and the demand for them doesn’t drop. The pistachio tree is very moody: it grows only in certain areas and bears fruit only once a year. Manual processing and transportation also contribute to the price. Less exotic nuts, like peanuts or hazelnuts, are cheaper and also contain many useful microelements. The cost of paper books is not as high as we are used to thinking. For printing a hardcover book, a manufacturer spends about $3.50 and we buy it for a price that is several times higher than that. When buying a new book, not only do you pay its author, but the biggest part actually goes to the publisher who invested decent money to buy the rights, edit, translate, and promote the writer on the market.

Books in an electronic format are cheaper. In addition, some works can be downloaded online legally. 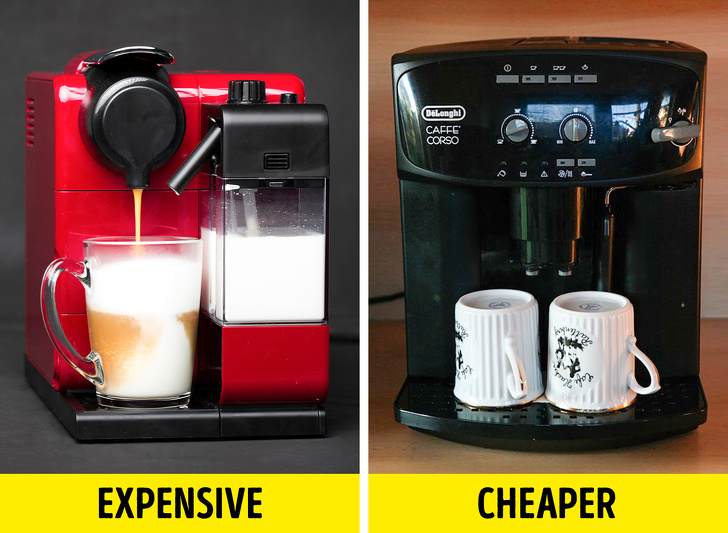 Marketers promote the latest models of technological devices that we could actually easily do without. For example, your old fashioned coffee machine will work no worse than your modern gadgets. The old one might even last longer. Commercials make us buy more and more appliances, that afterward, end up collecting dust on our shelves. Hairdressers’ services cost the representatives of the planet’s beautiful half 30% more. Specialists in the beauty sphere say that there is no fundamental difference in the haircut of men and women, which means that we should really be paying the same.

12. A glass of water in a restaurant Restaurant patrons understand that wine in these places is expensive and oftentimes they end up ordering mineral water instead. But restaurants don’t want to lose the opportunity to earn some money so they increase the price of their water. Clients think they have saved money, however, in reality, they have paid 3 times more.

In pursuit of profit, manufacturers mix olive oil with cheaper options, but don’t inform buyers about it. Extra virgin olive oil (which is the highest-quality type) must undergo several checks before being approved to sell. Some manufacturing plants ignore these checks, while most buyers can’t distinguish a real product from a fake. Eventually, we end up overpaying big money for the name on the label. Apart from the ecological harm, hygienic pads also harm your budget. Many women have already given their preference to menstrual cups or special underwear for periods. The price for menstrual cups is different: the budget option will cost you about $6.

Have you ever thought that you were overpaying for some goods thanks to marketers? What other products would you include on this list?