Working as a bodyguard for celebrities is both dangerous and difficult. They need to always stay alert and strain all their senses to prevent any attack on the person they work for. And since these guys are always near the celebrity they’re protecting, they often appear in front of cameras. Some of those professionals are so handsome that they manage to draw attention to themselves. And some even create their own fan-pages on social media like Kristen Stewart’s bodyguard, for example.

We at The Elite Indian paid attention to our favorite celebrities’ hot bodyguards and want you to assess these strong guys too. Last December, the rapper Cardi B went to court. But it was not the celebrity herself who drew internet users’ attention but rather, her bodyguard who would be noticed in the photos. His name is Price and he has his own page on Instagram where he already has gained 15,000 followers.

Don’t tell me I belong in your heart. You know, I don’t like crowded places

And it’s no surprise. Right after the photos of Cardi B and Price were released, Twitter users began to praise the hot bodyguard. One of the followers wrote, “Her bodyguard kinda looks like Scar. Tell him to let me be the mouse!!!!” and then attached footage from the cartoon where the sly lion is about to eat the mouse. Justin Bieber’s head of security is Michael Arana. He organizes the singer’s entire team of bodyguards. And according to Michael’s Instagram page, he has a warm relationship with the singer and even congratulated Justin for the release of the documentary about his life in a sincere and touching post. At the beginning of last year, the world lost the creative director of Chanel fashion house, Karl Lagerfeld. The 44-year-old Sebastien Jondeau was the fashion designer’s bodyguard and his personal assistant. They had been working together for 20 years and Lagerfeld even offered the guard to take part in Chanel shows.

In the summer of 2019, Sebastien presented Lagerfeld’s spring/summer collection at the men’s fashion show. Paris Hilton has always been scrupulous regarding her own security. Several years ago, she shared a photo of her 6-man security team. When her boyfriend proposed to her with an incredibly valuable ring, the famous blonde girl hired another guard to protect her expensive piece of jewelry.

Bodyguards next to Paris are always changing, but the famous socialite doesn’t mind bringing on hot, new professionals to her team. 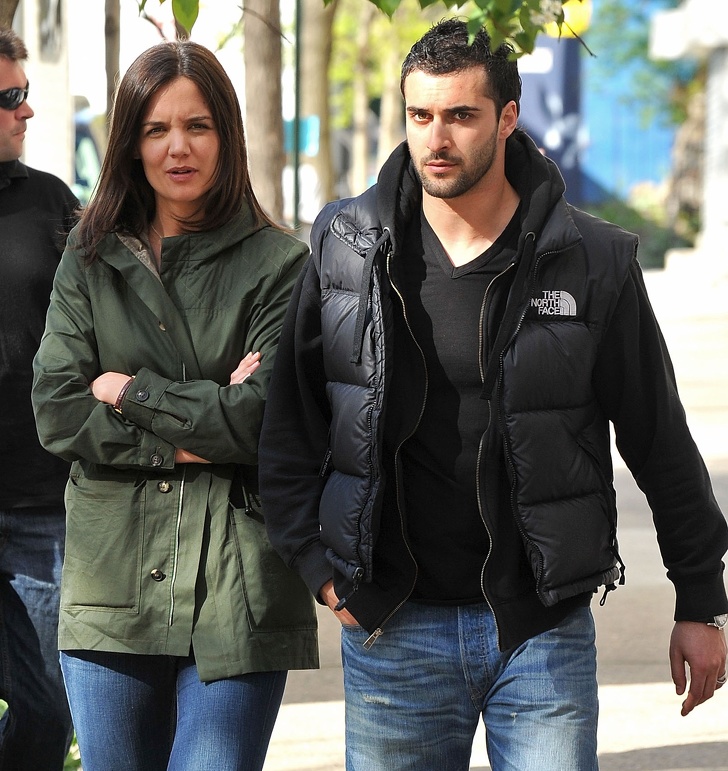 After breaking up with Tom Cruise in 2012, Katie Holmes changed her personal guards and her driver because the former team used to work for her ex-husband. Katie thought it would bring her more security. It’s kind of a pity because in 2010, this model-looking bodyguard would often be seen standing next to the famous actress. Heidi Klum had been dating her bodyguard Martin Kirsten for 2 years. Some people were even expecting them to walk down the aisle and have a baby. However, Heidi and Martin broke up in 2014. Of course, Martin couldn’t continue working with his ex and Heidi hired this new handsome bodyguard to feel secure. Bella Hadid’s bodyguard has always tried to look presentable next to the supermodel. Simon Newton follows fashion trends and impresses paparazzi with his stylish looks. According to his Instagram, Simon has left the bodyguard profession and now works as a fitness model and businessman. Though Gigi prefers to be the most noticeable person in photos, she seems to be okay with letting an attractive bodyguard escort her around. In 2016, Amy Adams was noticed being escorted by a young bodyguard who looked like a model. Several months later, the same guy moved to Victoria Beckham’s security team. The young man always looks on-trend and matches the stylish Victoria perfectly. 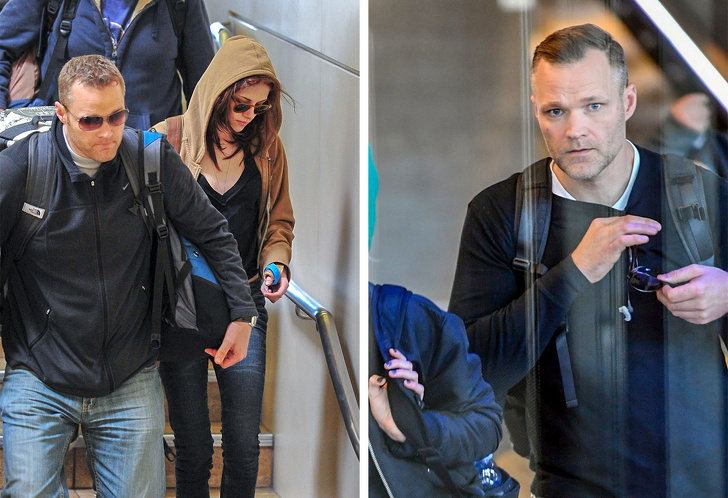 The bodyguard of one of the best actresses of the decade is so handsome that he even has Facebook and Twitter fan pages that have been running since 2010. The man has been working with Kristen Stewart for a long time. He has also guarded other celebrities like Nina Dobrev and Melissa McCarthy. The Kardashian-Jenner family seems to be choosing bodyguards not only by their professional skills but also by their appearance. The whole world keeps discussing the hot, handsome bodyguard, Tim Chung who protects Kylie. However, his predecessor was just as attractive. Just look at the huge muscles on this guy! Any woman would feel safe behind this stone wall. Bodyguard Justin Riblet became an Internet sensation in 2014 when he was seen guarding Jennifer Lawrence. Internet users appreciated the attractiveness of the young man right away. One year later, the bodyguard began working on Brooklyn Beckham’s security team. Celebrity clients likely appreciate the extensive experience and the professional skills of this bodyguard. Justin graduated from New Jersey’s Rutgers University with a bachelor of arts in criminal justice and has also served as a special forces weapons sergeant in the US army.

Would you feel comfortable having a bodyguard next to you? What inconveniences do you think it might cause?