Some films have the power to make you nostalgic, but those feelings often grow stronger when you relive idolizing one of their stars. With time actors sometimes grow apart from the entertainment business or simply decide to work on less popular projects. For those and other reasons, you lose touch with them. But worry not!

The Elite Indian went looking for updates on some of the most loved and missed actors and made you this list. Melissa’s face might just be one of those that immediately takes you back to your childhood. As the lead in the television series Sabrina the Teenage Witch, she cast a spell on the hearts of many young kids of the 90s. The 2000s were a bit different for Melissa, however. She did a few made-for-TV and feature films and had some guest roles on different shows, but a new lead role only came with Melissa & Joey (2010-2015). Besides acting and producing, Melissa tried her hand at directing and even at being a business owner by opening a candy shop, which has unfortunately already closed. Last but not least, she wrote a memoir titled Melissa Explains It All: Tales From My Abnormally Normal Life. At the tender age of 13 years old and with no previous experience in the world of cinema, Nicholle Tom starred in one of the most cherished movies of the 90s, Beethoven. Nicholle played Ryce, the eldest of the Newton children. With the success of Beethoven, she went on to reprise her role in the sequel, Beethoven’s 2nd, and landed the role of the shy, awkward teenager, Maggie Sheffield, in the television series The Nanny. Since then, Nicholle has mainly had guest roles and cameos in shows like Criminal Minds and Castle. Little is known about her private life, but she is the proud owner of a dog named Chesty Chew. Follow their adventures on the actress’s Instagram account. Australian actor, Adam Garcia, made his U.S. film debut as the heartthrob in Coyote Ugly. The character of Kevin O’Donnell may have won Violet’s heart, but Adam himself won the hearts of countless people around the world. The now 46-year-old moved into the world of TV and has also returned to his theatrical roots. He played Fiyero in the original London production of Wicked, alongside Frozen’s Idina Menzel, and was nominated for a Laurence Olivier Award for Best Performance in a Supporting Role in a Musical for his performance in Kiss Me, Kate. James had his professional debut off-Broadway at 16 years old playing Fergus in the play Finding the Sun. A few years later, his hard work paid off and he became known worldwide for his lead roles in the show Dawson’s Creek and the film Varsity Blues. James has become a father of 5, but still finds time to keep up with his acting career. He starred in a couple music videos, including Kesha’s “Blow.” In 2018, he joined the main cast of Fox’s show Pose. You can take a peek into his world by checking out his Instagram page. Alicia won the 1994 MTV Movie Award for Best Breakthrough Performance for her debut performance in The Crush (1993). That caught the attention of the band Aerosmith, who asked her to be in a set of music videos, including for the hit “Cryin.” However, she solidified her status as teen idol and 90s icon with her role as Cher in the coming-of-age comedy Clueless. Although she isn’t as talked about as she once was, Alicia continues to act. Last year she was featured in the horror film The Lodge and in the short film In The Time It Takes To Get There, which you can watch on Youtube. Albeit not the most popular of the franchise, Home Alone 3 still made waves for the children of the 90s and at the center of it is Alex Pruitt (Alex D. Linz), a young boy who has to keep at bay a team of international criminals. His acting career spanned a decade before being left behind. Linz graduated from the University of California at Berkeley, in 2011. More recently, in 2017, he received a master’s degree in Urban and Regional Planning at UCLA. He has been keeping a low profile since giving up his days in front of the camera. 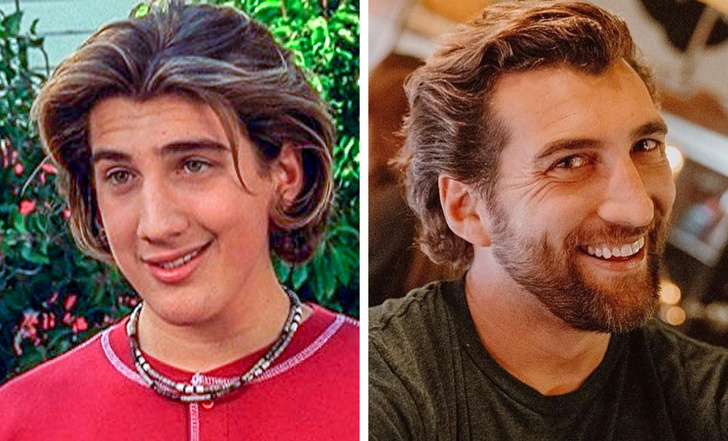 Clayton was lucky with his debut role as Ethan Craft, in the Disney Channel series Lizzie McGuire. As one of the most memorable side-characters, Snyder reprised the role in the also much-loved The Lizzie McGuire Movie. The actor then took a break from the entertainment business to focus on his education. He eventually attended Pepperdine University, in California, where he was a member of the water polo team. He has been slowly but surely making his return to the big and small screens, with performances in television films and short films. You can keep updated through his Instagram account, where he often gushes over his wife. 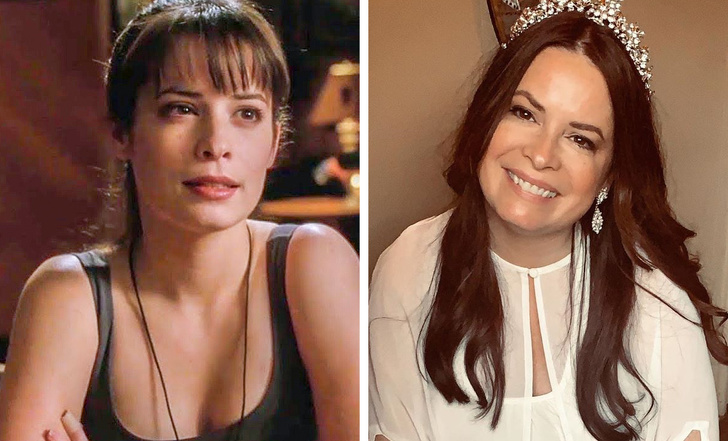 In the 1998 Charmed television series, Piper is the middle Halliwell sister, the one with the power to freeze her surrounding environment. She is also one of the most recognizable characters that was played by American actress Holly Marie Combs. Soon after it ended, Combs was cast as the mother of Lucy Hale’s character in Pretty Little Liars. In 2015, she reunited with her Charmed costar Shannen Doherty (Prue Halliwell) for their very own reality TV show, Off the Map with Shannen & Holly. After dating Mike Ryan, a restaurateur, for 3 years, Holly and Mike got married in September of 2019. The actress shared some of the photos of the wedding online. Henrie hit the spotlight with his portrayal of the oldest of the Russo children, Justin, in Wizards of Waverly Place. Since his Disney Channel days, David hasn’t moved away from acting. He has starred in movies like Grown Ups 2 and Paul Blart: Mall Cop 2, and even had a guest role in How I Met Your Mother. He has also been writing and directing films. In 2017, the actor, who is of Italian descent, reunited with his Wizards of Waverly Place costars at his wedding. He married his longtime girlfriend, former Miss Delaware Maria Cahill. They became parents to a little girl named Pia Philomena Francesca Henrie, in March 2019. Thinking of romantic comedies of the 90s is almost synonymous to thinking of Meg Ryan. This beautiful, captivating, and funny actress was everywhere: When Harry Met Sally… (1989), Sleepless in Seattle (1993), You’ve Got Mail (1998), and countless other films. But even with all the success, Ryan seemingly vanished in the early 2000s, perhaps because of a tabloid scandal involving her, her then husband actor Dennis Quaid, and Russell Crowe. From 2009 to 2015, Meg didn’t act in any movies or TV series. In 2016, she made a small comeback with the movie Ithaca, which she also directed and produced. Other than that, Meg Ryan seems happy to keep herself away from all the Hollywood noise. Through her presence on Instagram, you can keep an eye out for any new projects. You may remember or recognize Kristen Johnston from her work as Sally Solomon in the television series 3rd Rock from the Sun (1996–2001) or from her portrayal of Wilma Flintstone in the 2000 film The Flintstones in Viva Rock Vegas. Although she has continued acting through the years, she often has to take breaks due to her daily battle with the immune condition, lupus myelitis. But, Johnston went beyond acting when she wrote an autobiography, released in 2012, titled Guts: The Endless Follies and Tiny Triumphs of a Giant Disaster. Nowadays you can catch her on the TV show Mom, working alongside Anna Faris and Allison Janney. When she isn’t busy with the entertainment business, she mentors young girls struggling with drug addiction or self-esteem issues. Crocodile Dundee shot Paul Hogan to international fame in 1986, after he co-wrote and starred in it. The film and role of Michael “Crocodile” Dundee granted him an Academy Award nomination for Best Original Screenplay and the Golden Globe Award for Best Actor in a Motion Picture Musical or Comedy. But beyond that, he found love on set with his costar Linda Kozlowski, who eventually became his wife. Since then, Hogan featured in a few films, the last one in 2009, but nothing with the same degree of success as the Crocodile Dundee franchise. He is a father to 6 children.

Who else do you wish would jump back into the limelight? And which of their works is your favorite? We’ll be ready for you in the comments. Don’t be shy!