Turning down a role can happen for different reasons. The most popular reason is when the crew and the actors can’t get their schedules to match up. Age also matters. For example, Katee Sackhoff really wanted to be in Tarantino’s The Hateful Eight but it was her age that was the problem. Also, sometimes actors are not hired because the public doesn’t agree with certain casting decisions.

The Elite Indian looked behind the scenes of the movie industry and found out the stories about actors that were supposed to play certain roles, but didn’t get them. Why he didn’t get the role: The director changed. In 2017, information about the new film about the Joker started to appear and the main producer was supposed to be Martin Scorsese. Of course, everyone started saying that DiCaprio would get the part because he often works with Martin Scorsese.

Who got the role: Joaquin Phoenix. In the end, Todd Phillips became the director. Scorsese left the project. Despite the fact that the heads of the studio still wanted DiCaprio for the main role, Phillips insisted on hiring nobody but Phoenix.

For about 3 months, the director asked Phoenix to agree to play the part. Joaquin was worried that the Joker was going to be another superhero movie. He would have loved it more if the film was named Arthur. Phillips said that before the start of the shooting process, he still didn’t hear a clear “yes” from Phoenix. He only kept getting more and more questions about the character and the project. 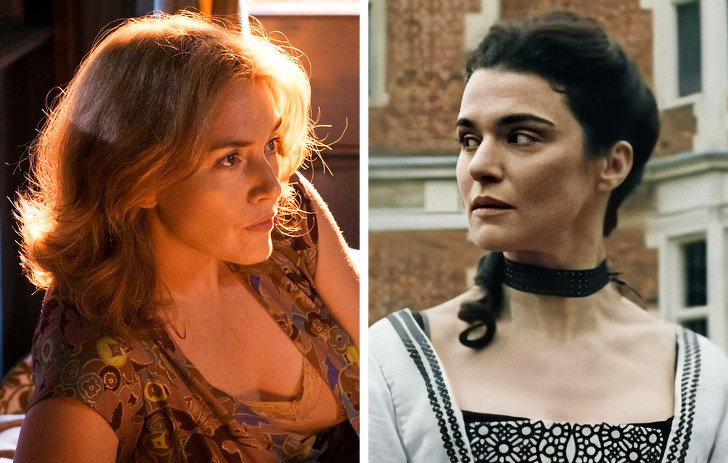 Why she didn’t get the role: She chose a different project. Kate Winslet is a pretty popular actress. Every year, there are 2-3 movies where she plays one of the main roles. When she was offered a role in The Favourite, Winslet turned the offer down, choosing the more famous and experienced Woody Allen and his Wonder Wheel.

Who got the role: Rachel Weisz. Yorgos Lanthimos, the director of The Favourite, had already worked with Weisz in his film The Lobster. There, the actress played the main part. Her work with Colin Farrell was pretty successful, so it is no wonder that Yorgos Lanthimos wanted to see this talented British actress in his movies again. Why he didn’t get the role: Public opinion. The director of the remake, Guy Ritchie, and actor Tom Hardy had worked together before in RocknRolla. Ritchie loves Hardy’s acting and he wanted to see him again in one of his movies, including Aladdin. Also, lately, he has been making movies that didn’t earn a lot of money, so such a popular actor would definitely help to attract an audience.

As soon as the information about Hardy being in the film started to appear, a lot of negative comments on this casting decision changed the opinion of the director.

Who got the role: Marwan Kenzari. The creators of the movie listened to the opinion of the public and changed the actor. Of course, he is not as popular as Hardy, but he’s also appeared in some famous projects, for example, Murder on the Orient Express. The viewers loved Kenzari and they thought that Jafar was really hot. Why she didn’t get the role: She was taking part in the promotional campaign for a different project. Greta Gerwig, the director of Little Women, actually wanted to see Emma Stone as one of the March sisters and the actress agreed to play the role. But the shooting process was going to start right at the same time Stone needed to travel around the world and promote Lanthimos’s The Favourite.

Who got the role: Emma Watson. Stone was actually going to be Beth, but she left the project, Watson was her replacement. So, Hermione Granger and Belle became the new Meg March. Why he didn’t get the role: He failed the audition. Stephen King was always pretty skeptical about the screen adaptations of his novels, especially after The Shining by Kubrick that he thought was a failure. In 2013, King wrote a sequel to the original novel and called it Doctor Sleep. Obviously, Warner Bros. bought the rights to the film.

Many actors wanted to get the role of Danny Torrance, including Chris Evans. But, unfortunately, he wasn’t chosen.

Who got the role: Ewan McGregor. Of all the actors that wanted the role, King personally wanted McGregor. Why she didn’t get the role: She was too young. Katee Sackhoff was one of the main candidates for the role. She knew part of the lines, she practiced with the director, and it seemed that the role in the Tarantino film was hers. But in the end, they decided that she was way too young for the part.

Who got the role: Jennifer Jason Leigh. She was really good as Daisy Domergue. She got nominated for a Golden Globe and an Oscar.

Why he didn’t get the role: He was busy with a different project. In the beginning, M. Night Shyamalan, the director of Split, wanted Joaquin Phoenix to be the main actor. They worked together before: in Signs and The Village. But Joaquin left the project because he said he was too busy.

Who got the role: James McAvoy. The actor also had a very busy schedule, but there was a window in between other projects. Shyamalan was very happy and later he said that James McAvoy was a great match for the part. Why he didn’t get the role: He was busy with Godzilla. Aaron Taylor-Johnson was the desired actor for the role of Eggsy. Matthew Vaughn wanted him in this role, but as it often happens, the schedules were a problem. Despite missing this film, Johnson took part in a prequel of the Kingsman franchise that is going to be released in February 2020.

Who got the role: Taron Egerton. Matthew Vaughn liked the unique charm of this actor. He played the part great because he was really well-prepared. He spent time working out for several months to get his body in the necessary shape and it was definitely worth it.

Saoirse Ronan — Queenie Goldstein (Fantastic Beasts and Where to Find Them, 2016) © Fantastic Beasts and Where to Find Them / Warner Bros.

Why she didn’t get the role: She failed the casting. The competition for the role of Queenie Goldstein was really high. Aside from Saoirse Ronan, actresses like Lili Simmons and Dakota Fanning were auditioned. At the moment, Eddie Redmayne already had the part, so during the audition, he read the lines and acted with the candidates.

Who got the role: Alison Sudol. In the end, it was not the most popular actress that got the part. But the fans of the Harry Potter world still liked her very much. Why he didn’t get the role: He couldn’t find enough time in his busy schedule. Leonardo DiCaprio and Sean Penn were supposed to be the main characters of Alejandro G. Iñárritu’s The Revenant. But Penn had to leave the project. A couple of years prior to the shooting, Sean and Alejandro were talking about the film. But when it was time to start, Penn had to quit for a different project.

Who got the role: Tom Hardy. DiCaprio called Hardy and told him about the film and suggested that he read the script. Once Tom learned more about the project he was 100% on board. Why she didn’t get the role: She got pregnant. Clint Eastwood was supposed to be the director of the film about the famous singer. But he wanted the main actress to be Beyoncé. And she agreed, but the shooting had to be put off because of her pregnancy. Once she had the baby, she still couldn’t find enough time to appear in the project.

Who got the role: Lady Gaga. Bradley Cooper was only going to be an actor in this film. But in the end, he became the director too. Gaga amazed him with her singing at a charity even in Los Angeles. At that moment, it was clear: the part was hers.

Which of these candidates would you like to see in the roles they didn’t get to play? Or do you have your own ideas about who should have gotten these roles?