It seems that fortune always favors some people while leaving others in the dark. Do you think it’s all about destiny? Scientists don’t agree with that: psychologists and mathematicians are able to identify a clear pattern between human behavior and the success that they can achieve.

We at The Elite Indian always try to become the lucky ones, that’s why we studied the things a person with bad luck always does. As paradoxical as it might sound, the one who has the fewest mistakes stops striving for success at some point. Scientists from the University of Arizona determined that the ideal ratio for failures is 15%. An experiment with mathematical models helped them with this. They tried to teach artificial intelligence to sort materials. If the task was performed 85% correct, the process went faster. When the machine gave the correct answers more often than 85% of the time, the task was assessed to be too easy and it seemed meaningless to search for new information and alternative ways to a solution.

The same thing applies to people: frequent successes make them feel more relaxed. Therefore, you can easily let yourself fail 15% of the time in what you are doing.

They always try to be a good person.

Always being nice or trying to please everyone is not the way to success. While some people try to convey their opinion in a polite manner and make concessions, others continue strongly defending their positions. And it’s actually the latter who reach success more often. Therefore, don’t be afraid of harsh critics and don’t give up after hearing negative comments.

Being a rebel and being stubborn is a guarantee of good luck. That’s what scientists from Luxembourg, who came to conclusions after 40 years of observations, say. Moreover, those who started to show these features in childhood managed to attain the best results and become more successful. Naughty children grow up into adults who are ready to speak directly and frankly about their interests. They are not shy about calling someone they like first or talking about deserving a raise with their bosses.

They believe in universal injustice, but only for themselves. A downer can endlessly talk about their troubles. If someone else talks to them about their life in a conversation, they will instantly learn that their problems don’t mean anything. This kind of reverse egocentrism, a desire to redraw attention to themselves and the depreciation of other people’s difficulties, pushes other people away. The lame-duck themselves makes their bad luck worse by wasting time on being offended by life.

They skip breakfast and have the wrong drinks. Experts have found out that the most productive day is spent by those who manage to do important things in the morning and who can maintain their concentration for a long time. It’s not difficult to do. For example, don’t refuse to eat breakfast. The first meal will provide you with energy and improve your short-term memory.

Here is another piece of advice from scientists: drink a glass of water with lemon juice, instead of your morning coffee, 30 minutes before you eat breakfast. Just squeeze a small piece of lemon into water. Citrus gives a boost of vitamins that will help you stay focused on results during the day.

They underestimate the value of emotions. Low emotional intelligence can cause failure — both at work and in your personal life. Those who don’t know how to read the feelings of others, deprive themselves of the opportunity to compromise and quickly respond to changes. It is believed that emotional intelligence can be developed by reading books, studying painting, and watching good movies.

Pay special attention to loving yourself. A recent study has shown that a “healthy” dose of narcissism helps people to succeed. People who possess these features sincerely want to be the best and believe they deserve recognition — this prompts those in their surroundings to start to share this opinion too.

They only want to develop in one direction. 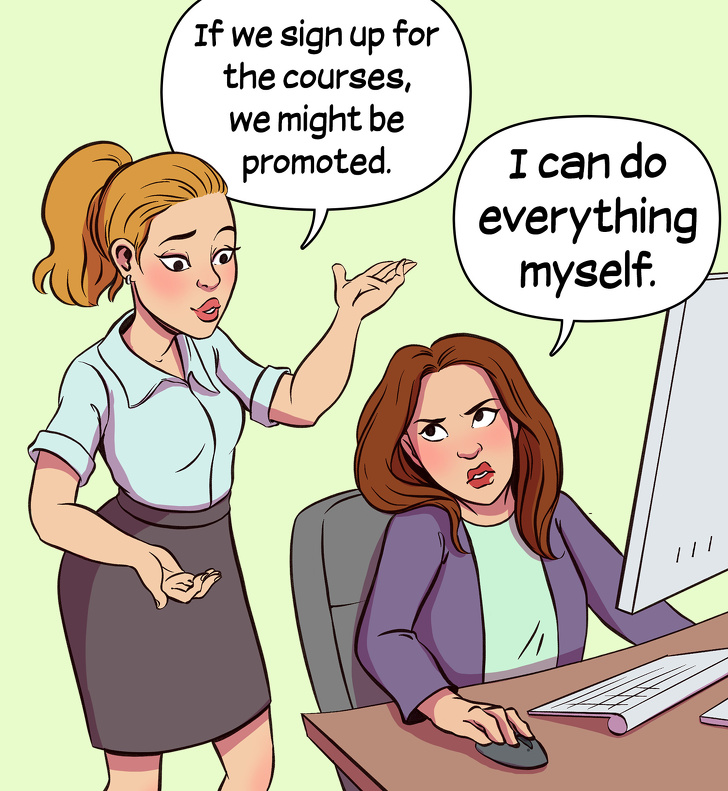 We all have skills and features that we feel proud of. But focusing on just one thing is wrong. American scientists studied the relationship between the qualities of a person and their achievements, using 10,000 cadets of the military academy as an example. They came to the following conclusion: being successful requires a strong character, the desire to gain knowledge, and an effort toward physical development.

British psychologists created their own list of traits that can help you succeed and have big achievements. It has 6 points: conscientiousness, adjustment, ambiguity acceptance, curiosity, risk approach, and competitiveness.

They introduce themselves with their full name. Statistics show that there is a direct connection between the length of a person’s name and their salary. Therefore, if you have a chance to use a shorter name, do it. A not-too-official name makes you look more open to other people and makes them trust you more. Researchers calculated that one extra letter in your name could reduce your wages by $3,600 per year.

For example, one of the richest people on the planet is known as Bill Gates. Who knows whether he would have been able to earn his billions if he kept introducing himself with his full name — William Henry Gates III.

They don’t put emphasis on the advantages of their body’s shape. At first glance, there is a subconscious connection between success and your waistline. Professor of Health Psychology at the University of Surrey, Jane Ogden, claims that women with a thin waist literally convey the following thought to their surroundings, “I know what self-control is all about.” People looking at her automatically think that if she is able to control herself around sweets, she definitely has will power.

They agree to things that are outside of their interests. To refuse or object to someone means to take responsibility for the consequences of their decisions. It’s much easier to smile and nod in response to others’ suggestions. That’s how you get the reputation of being a nice person who doesn’t rock the boat, and… that’s it. Friendliness is actually a ruse: people are not driven by the fact that they care about others, but by the desire to not take responsibility and by the fear of being criticized. That’s not a quality that is necessary to succeed. 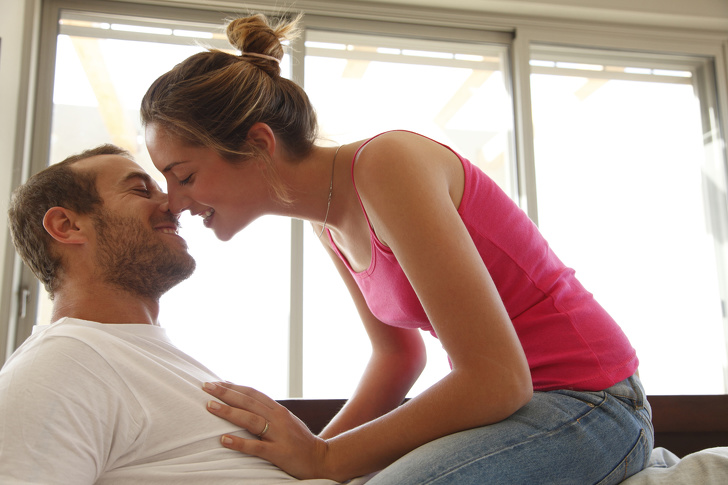 Kissing is very useful. Not only do kisses increase immunity and reduce stress, but they also strengthen long-term relationships. Moreover, showing your affection and attention to your partner in this way is not that important at the beginning of your relationship, as it is one or 2 years after. Scientists also found a connection between kissing and your level of income. It seems that a person who feels loved, works with more enthusiasm.

Perhaps this is the right time to kiss your loved one if they are near you. Do you have any secrets for success? Which habits would you call “successful”?