Women are used to dealing with the difficulties they encounter in the labor market and in everyday life in general, which are due, no more and no less, to gender inequality. That is why it is surprising to know which important inventions we still use that were developed by brave women, who undoubtedly broke the standards of the time they lived in and left us a whole legacy.

Tools like syringes, windshield wipers, and Kevlar (the resistant fiber used in bulletproof vests), among many others, were created by women ahead of their time. That’s why, today, The Elite Indian gathered some of those wonderful creations to share with you. Happy reading! 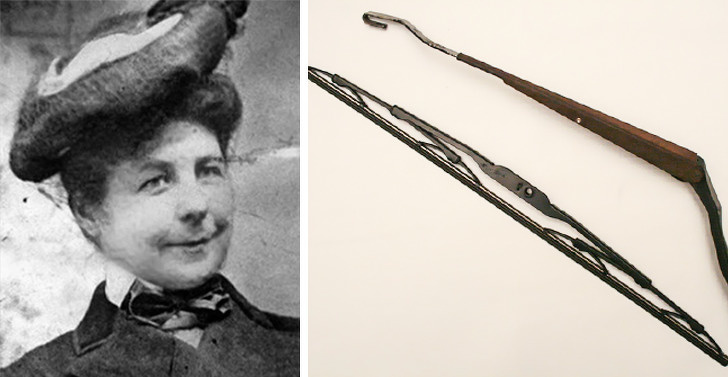 This indispensable tool for ensuring good visibility for drivers on rainy days was created and patented by Mary Anderson in 1903, who came up with the idea after having to drive in the middle of a snowfall, realizing the difficulty and importance of keeping the windshield clean. Melitta Bentz, a housewife, found that the cleaning of the cloth coffee filters used at that time was extremely tedious. So she decided to try to figure out a new way of filtering it. After doing some tests, she decided to take a tin cup and drill several holes in it. She took a sheet of paper from her son’s notebook, filtered the drink, and the result was amazing. Melitta registered the patent in 1908 and soon after that, she started her own business. Years later, during World War I, the company faced many difficulties, but managed to grow despite everything. Melitta was also concerned about the welfare of her employees, so she decided to increase their holiday season, reduce their working hours, give them Christmas bonuses, and create a social fund for them. Today, the company remains strong and is managed by family members. An American nurse, Letitia Mumford Geer, was responsible for creating the first piston-operated syringe, which was produced in 1899. This implement enabled doctors to operate everything with one hand. Without a doubt, this was an important innovation in the field of health, and it was extended to many other sectors, in addition to serving as a starting point for the syringe we know today. Marion Donovan created the first liquid-resistant disposable diaper. The idea emerged shortly after World War II when she was fully dedicated to her family life and household activities. With a sewing machine and a shower curtain, she managed to create her first prototype. Donovan also invented plastic grips to replace the diaper pins. These and many other inventions earned her a place in the inventors’ hall of fame. Josephine Cochrane built the first dishwasher in 1886. A few years later, she managed to attract the interest of restaurant entrepreneurs during a fair in Chicago, but the machine only gained real importance in the 1950s, a period when it became more accessible to consumers. Josephine also a part of the inventors’ hall of fame. Designer Elizabeth J. Phillips was the creator of Monopoly, the famous board game. Initially, the idea of this was to convey the notion of economics and demonstrate how harmful the capitalist system was. The game, which was patented in 1904, was sold as if it had been designed by Charles Darrow. Fortunately, after meeting the real creator, the company looked for a way to compensate Lizzie Magie, as she was called. After the success of her invention to speed up the production of barrels, Maria Beasley decided to create a more compact, safer, fire-resistant, and easy-to-use lifeboat. It was then, in 1880, that she developed the new design. What she never imagined was that, years later, her lifeboats would help save a lot of people in the world’s most famous shipwreck: the Titanic. Katharine Burr Blodgett was the first woman to earn a Ph.D. in physics at Cambridge University in 1926. Years later, she invented low-reflectivity glass (invisible glass), which helped improve the camera, the microscope, and the projector technology of her time. Her technology was even used to film the famous movie Gone with the Wind. Stephanie Kwolek, who had a Ph.D. in chemistry, was the creator of the extremely strong fiber known as Kevlar. This fiber can be up to 5 times stronger than steel and is used to make bulletproof vests and many other products. Actress and inventor Hedy Lamarr developed, in partnership with her friend and composer George Antheil, a technology known as Wi-Fi’s precursor. Her idea allowed for the remote control of torpedoes, as well as the prevention of their interception by enemies, by changing the frequency of radio signals in a spectral band. However, at that time, the United States Navy did not want to implement the invention, which only began to be used many years later. Fortunately, in the late 1990s, the duo received a major award for their discovery, and in 2014, Lamarr entered the inventors’ hall of fame.

These and many other women revolutionized the world and became examples of strength, courage, and determination! Did you know that these products were invented by women? Do you know of any other female inventors or creations invented by women not mentioned above? Tell us about them in the comment section.